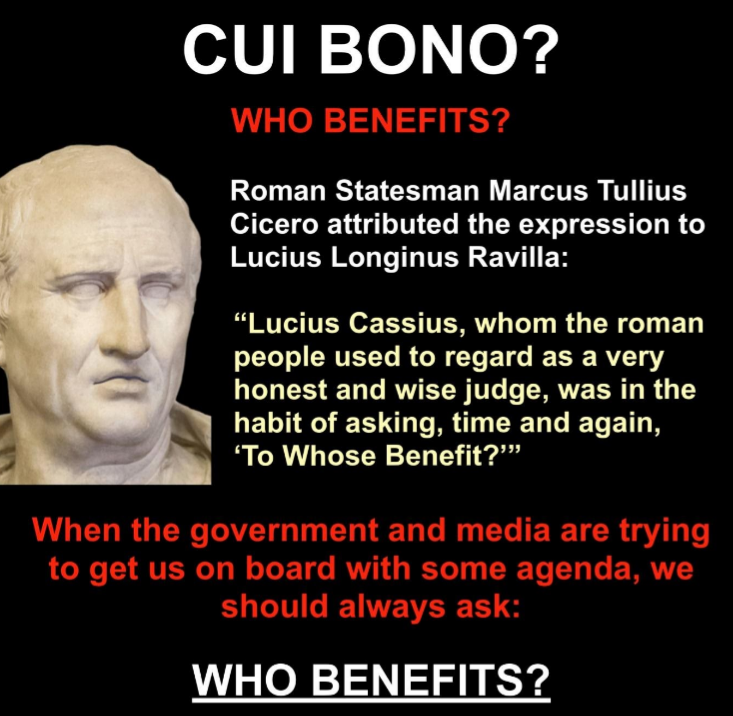 2 weeks to flatten the curve goy

We are one year into the so-called pandemic and things are getting worse by the day. It has already been proven empirically that lockdowns (a prison term to make the people feel absolutely powerless) don’t work, social distancing doesn’t work, masks don’t work obviously, and everything about this “plandemic” is based on a PCR test that doesn’t work.

We know the origin of the virus: it was the Gates Foundation, the World Economic Forum, and Johns Hopkins University.

196 nations signed a binding agreement in September 2019 to run a virtual pandemic simulation and then a live exercise in 2020. Failure to comply meant that your country would be excluded from World Bank funds.

It isn’t a conspiracy, the document was available online.

Put two and two together. Even Joe Scarborough could figure it out.

That’s exactly what they did with herd immunity. Remember there is no such thing as natural immunity anymore, so go get your vaccines/software updates, alright?

Now, more and more aggressively, the media (and the “experts” and “studies” who provide fodder for the media) are openly saying that the vaccines they currently have against the coronavirus don’t work, and they will need new vaccines for new strains.

The planet could have a year or less before first-generation Covid-19 vaccines are ineffective and modified formulations are needed, according to a survey of epidemiologists, virologists and infectious disease specialists.

See, as I already told you, the Western world is preparing the goyim for the new normal, which is basically a prison planet.

You will have to be vaccinated against your will several times a year, that if you want to be able to function in the society, with a highly experimental so-called vaccine which in reality is gene therapy, and you’ll be forced to show your vaccination passport wherever you go.

Basically, you will be a slave, a spoke on a wheel of the new world order they are preparing for us.

And if you don’t comply, you will be erased from the mainframe, which means you will not be able to eat, get a job, etc. Everything will be inside a chip: your money (cashless society), your health/vaccination status which gives you permission to enter the pub, travel or whatever, your social credit points China style (it’s coming, they are already announcing it) etc.

Hundreds of doctors and other people were put to death for violating the Nuremberg codes.

Violating the US Constitution means that the governing body has declared it void. Therefore all laws passed under that governing document are also declared void. Any authority the government claims they have has been voided.

There are currently no laws. The courts no longer exist. Everything is now for show, and there is no power as you are no longer a citizen. Everyone is now a sovereign individual free to do whatever you want.

Whether or not you realize it, that is actually the case. The police will still try to arrest you, and the politicians will still claim they have power. They do not.

As we have plainly seen, people’s rights are being violated every day. People are being arrested without charge, and without actually committing a crime.

There was no real election. Every election law was broken. No court cared to enforce the law. The Supreme Court knows there is no longer any power of law in The United States. They are bound by the Constitution, which has been declared void.

You are actually free to do whatever you want. THERE ARE NO LAWS. You are only violating your covenant with God, if you believe in that.

Anyone trying to force a vaccination and a vaccination passport is an enemy of humanity. Don’t weep if they are taken out. They are already dead. Like those who have joined a cult, they can’t be helped. When it comes down to it, they will cheer your execution.

Why should you care about letting them live?

We are almost there. The Rubicon has already been crossed.

The first governor to simply state that Covid doesn’t exist and everything is open, will be the most powerful person in the USA. DeSantis is close, but he’s still allowing the con to continue.

They must rescind the Emergency Guidance and say, if you want to run a Covid test, get real FDA approval first. Tell the people that live in the state that if they want to wear masks and shame people, go move to Massachusetts or California.

The mask mandate is the absolute worst thing forced on humanity. Yes, worse than slavery.

At least slavery produced items of value; we also all decided slavery was wrong.

Masks are slavery. Masks are punishment. Masks are compliance to the state. Masks dehumanize.

We aren’t supposed to force people to do things against their will, but I guess in the name of health, anything is supposed to be permissible nowdays.

Unless you say that an unborn baby has the right to live.