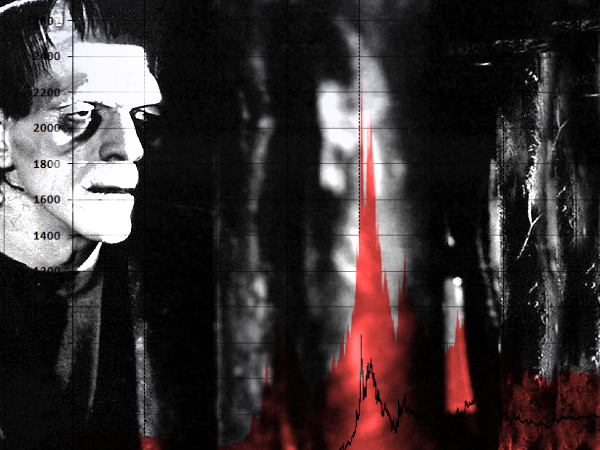 Like Victor Frankenstein, the Fed may have created its own monster. It’s been called many things, such as Quantitative Easing (QE), QE Lite, QE/Not QE, “Organic” Balance Sheet Growth, and more.

But no matter what you choose to call it, the bottom line is this:

The Fed is growing its official balance sheet at a frantic pace to provide liquidity to various banking operations, including the repo markets.

In fact, the balance sheet has grown about $400 billion since August, as reflected in the uptick at the far right of this chart:

Along with the Fed’s decision to increase its balance sheet is a rise in risky asset prices. According to a piece at Newsmax, this is raising eyebrows:

Prices for stocks and other risky assets are also rising at a fast clip – a state of affairs that a growing chorus of investors, economists and former Fed officials say is no coincidence, and potentially a problem.

This pattern of rising prices in risky assets is similar to what happened when the Fed initiated the first three rounds of QE.

The potential problem behind a pattern like this is the “monster” that the Fed is creating. Addressing the problem means answering a critical question…

When and how does the spigot of Fed cash flow get turned off?

Peter Boockvar, chief investment officer with Bleakley Advisory Group, thinks we will have to wait and see what happens:

The risk is what happens when the Fed stops increasing their balance sheet… What will stocks do when that liquidity spigot stops? We’ll have to see.

Of course, if we “wait and see”, any potential damage to the economy will already have started.

Also keep in mind that Powell didn’t want the Fed’s “monster” to be called another round of QE, instead opting in October 2019 to label it “organic” balance sheet growth.

But it still appears way too much like another round of QE to ignore the similarities. In fact, Richard Fisher, former President of the Dallas Federal Reserve, tied the earlier round of QE to this “organic” balance sheet growth rather succinctly:

“Markets perceive things and they may perceive things different than what you intend,” Fisher said, pointing to a strong correlation between the increase in the size of the Fed’s balance sheet and the rise in stock prices.

When confronted with the problem of “when to turn the spigot off,” the current President of the Dallas Fed, Richard Kaplan, said, “It’s one of several factors that I think may be exacerbating the valuation of risky assets, so as a central banker I have to be cognizant of it.”

Other Fed officials like Neel Kashkari don’t agree, saying, “I don’t see it.” But the lack of consensus about this “monster” the Fed may have created only adds to the uncertainty.

In 2013, the market didn’t respond well when the Fed signaled it would turn the spigot of cash flow off. According to an article at Investing.com:

Then-Fed Chairman Ben Bernanke signaled the central bank was preparing to slow the pace of its bond purchases as it wrapped up QE3.

If that behavior repeats itself, who knows how that will play out? But that’s what you can expect when you’re dealing with a “monster.”

What the future holds will depend on whether this “monster” gets out of control or not.

As this Fed balance sheet story plays itself out, now is an ideal time to consider making your retirement resilient to major changes in the U.S. economy.

Consider adding precious metals like gold and silver to your asset mix, which tend to perform well under uncertain conditions like those we face now.