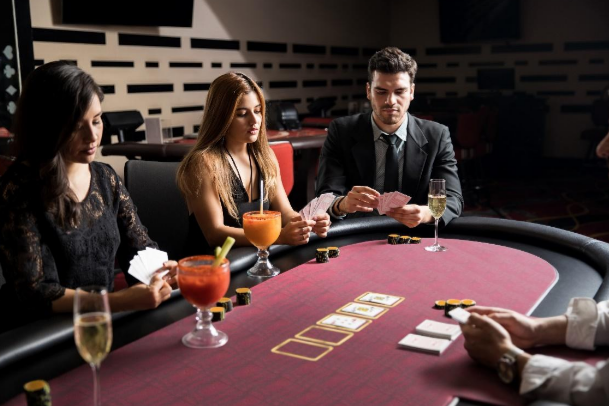 Following the Supreme Court ruling by a margin of 6-3 that sports betting should be legalized across the United States, it has brought many other forms of gambling sharply into focus. But, like many other issues from gun law to socialized medicine, it’s a very controversial topic with outspoken proponents always ready to weigh in on their particular side of the argument, whether for or against.

Before we get into the pros and cons, it’s well worth taking a look at a brief history of gambling in the country and the way that the law stands now. Its earliest days came with the arrival of British colonists who used numerous lotteries to fund schools and other community assets in the emerging country. From this, gambling businesses started to spring up along the Mississippi with New Orleans becoming the unofficial gambling capital of the country.

The California Gold Rush meant that this was a title that was soon taken over by San Francisco but the tightening of that State’s laws meant that the activity was gradually driven underground. The Prohibition Era also provided the perfect conditions for underground gambling to take hold and it was in the next decade that the first casinos in Nevada began to appear.

The rest of the 20th century saw more and more states legalizing gambling in some form or another and today it’s only banned outright in two, Utah and Hawaii. But amongst the other 48 states there is very little consistency in legislation as it’s up to each individual one to set its own rules.

One particular area of the law that has received some relatively recent legal attention is online gambling. In response to a rapidly growing phenomenon over the last two decades, 2006 saw The Unlawful Internet Gambling Enforcement Act  (UIGEA) come into force. While this didn’t specifically prohibit online gambling, it outlawed financial transactions involving online gambling service providers. Many of the leading online gambling firms quickly reacted by shutting down their services for US customers but others continue to circumvent it and still operate. Today online gambling is only legal in Nevada, New Jersey and Delaware.

Much of the pressure to continue with the ban on sports betting came from the Major Leagues who fear that match fixing, not to mention reduced ticket sales, will be the result. Similarly, the big casino operators are most strongly opposed to the legalization of online gambling. They are concerned that this will have a severely negative impact on casino revenues and there may well be some very good evidence to support this. For example, it was reported in December 2017 that the Las Vegas Strip had seen a 3.2% drop in revenue compared with 12 months before, with takings from Baccarat 30% lower than in the previous year.

When figures like these are released it also has an adverse effect on the stock prices of the big players like Wynn Resorts and MGM Resorts, good news for investors who know how to profit from a bear market, less good news for the casino companies and their shareholders.

So what would the benefits be if all gambling was legalized, both online and offline, as it seems set to be nationwide for sports betting?  First, it would make the many millions of Americans who enjoy gambling already very happy indeed knowing that they could indulge in one of their favourite pastimes without fear of being on the wrong side of the law. It could also prove to be an even bigger attraction to visitors to the country if it led to the opening of more casinos in more places than ever before. Currently a very high percentage of them head straight for Las Vegas or Atlantic City when they’re looking for some casino action, so this could lead them to many more locations.

At a time when the administration is seemingly committed to rolling back state involvement and allowing individuals to make their own decisions it would also seem to be 100% in line with this philosophy, especially considering President Trump’s previous history within the gaming sector.

But, unsurprisingly, it’s probably the economy that will be by far the greatest beneficiary should there be a wide-scale legalization of gambling. One only has to look at the estimated $150 billion that’s said to be wagered on illegal sports betting each year to see the revenue potential for the government. And, at a time when some observers are suggesting financial problems may be on the way, the taxes that could be imposed on all forms of betting would be very welcome indeed. And even if the financial crisis doesn’t occur, many would see this as a preferable alternative to the other big personal tax hikes that some others are predicting.

On the downside for legalizing gambling there’s some concern for the social effects it may have, leading people into debt and causing disruption to lives. However, you only have to look to the UK to discover that this doesn’t have to be the case. In recent times the country’s Gambling Commission has found that gambling in general contributes £13.8 billion to the economy with £4.5 billion coming from online gambling. This is in a country where all gambling is legal but is also tightly regulated too.

By striking this balance, it has allowed a number of the more successful operators to thrive while still working within rigid guidelines. The success of online gambling has also resulted in the re-birth of one of the nation’s favourite games. Bingo was previously struggling, with many bingo halls facing closure due to the lack of demand. However, playing bingo online is a completely different concept, the games are a lot quicker and there are many different variations of the classic form. The success of both online and land-based gambling companies in the UK could encourage America to follow their model. America should be seeking to emulate if legalization is to occur and the first step would be to set up the equivalent of the UK’s Gambling Commission to oversee and regulate operators across the country.

As to whether this will happen anytime soon is open to debate. But for the reasons mentioned above there are more arguments in its favour than against legalization. And even those sceptics who say it could never happen just have to look at the example of sports betting – another activity than many never thought they’d see being introduced into the mainstream.