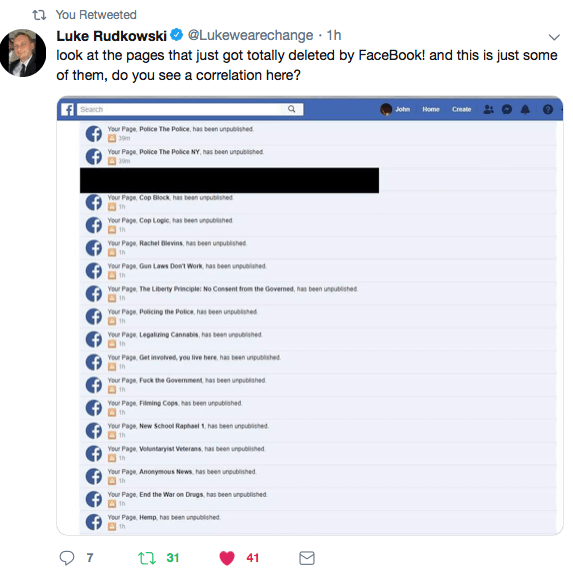 On Thursday October 11, 2018 Facebook initiated another large wave of censorship. This follows the previous wave that took place in mid August 2018. This time around Facebook removed over 800 accounts, including those shown in the screenshots provided below, that are US based publishers who publish political content that is often in contrast to accepted mainstream media narratives.

For this current censorship purge Facebook is using the excuse of ‘spamming’ to conduct the censorship of the politically oriented content. Previously Clarity of Signal has presented extensive evidence that Facebook is colluding with the Atlantic Council, FireEye Intelligence and other government/NATO related organizations to determine what is allowed to be presented as factual information on the Facebook social media site. Links to other related censorship and propaganda posts are included following the screenshots and at the foot of this post. Links to the Tweets are also provided below.