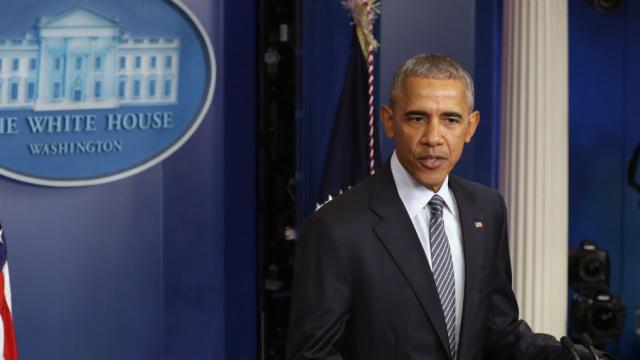 Federal abuses on Obama’s watch represent a growing blight on his legacy.

It’s increasingly apparent that these recently exposed abuses of power served two ostensible purposes: to secure Hillary Clinton’s candidacy by shielding her from prosecution stemming from the use of her unauthorized private server, and to derail the candidacy and presidency of Donald Trump.
But something else, something more profound, drove their efforts: their urgency to preserve what Obama once called “the fundamental transformation of the nation” — a grand project much bigger than Obama himself or any other single figure. He largely fulfilled the long-held progressive ambition of changing the nation’s course, only to see Trump threaten to change it once again: not to return it to where it was pre-Obama, but to smash the corrupt existing order that had made their progressive advances possible.
Obama and the leftist movement over which he has presided could not tolerate a reversal of their gains (by Trump, no less!), so they got to work.
On the offensive side, these Obama officials — who obviously loathe Trump, as demonstrated by the glaring antipathy in the Strzok–Page texts and others’ communications — set out to damage him. Trump, they thought, gave them much material with which to work, plus they enjoyed a compliant media that stood ready to amplify spoon-fed narratives, regardless of their veracity. The acquisition of multiple FISA warrants — now known to be largely based on an unverified dossier prepared by a foreign spy, using anonymous Russian and close Clinton associates and paid for by her campaign and the Democratic National Committee — to subvert and impair Trump and his associates, succeeded beyond their wildest dreams.
On the defensive side, Herculean efforts were made by the Obama DOJ and FBI to stonewall the Clinton investigation, not out of any real love for Hillary but because they needed to ensure a Democratic win and the continuance of their “transformative” agenda. Further, with Clinton at the helm, evidence of all of their previous abuses would never see the light of day.

Weird how this stuff is getting more attention only now that Obama is safely out of office and Clinton doesn’t wield presidential powers.

See also  Fauci Caught in Massive New Scandal… Was Offered Money For it all…
See also  ALERT! Biden Administration Officially Announces 'Political Bounty' To Be Placed On All 'Dissenters'
624 views

3 thoughts on “I HAD BEEN ASSURED HIS WAS A REMARKABLY SCANDAL-FREE ADMINISTRATION:”