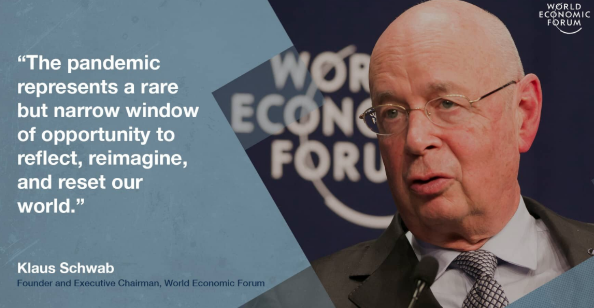 Motto: If you think things are weird now, check the spoilers for Pandemic Season Three.

Well, that’s an easy one, if you were paying attention: they needed “covid cases” and “covid deaths” (people who die and/or test positive for “covid” using a fake PCR test are counted as a covid death/case, even car crashes), so the government can fake the pandemic numbers and keep the population in fear and complacent with dictatorial measures.

Then, experimental gene therapy was pushed via 24/7 propaganda, so the people can “get back” their freedom and their rights.

Hint: if the government can take your civil liberties on a whim, which they did, you don’t have any liberty or rights to start with.

So, moving along with our story, we’re currently facing new lockdowns, Australia/Austria style, even if the vast majority of the sheeple got jabbed with at least one clot-shot.

Vaccine passports are becoming the new normal, Pfizer is making money like bandits (which they are), and suddenly, the CDC, a taxpayer funded governmental organization, is pushing the strange concept that herd immunity doesn’t count anymore, and it should be set aside.

As in, it is better for public health to take infinity jabs with experimental gene therapy than, you know, live your life.

Brooks said he worries that as the CDC backs off a specific target for herd immunity, it will take the air out of efforts to run up vaccination levels.

See, the entire “get the jab and get your life back” shtick was as huge scam, as I already told you last year.

These people are laughing in your face.

They don’t care about public health; all they want is to implement WEF’s agenda, get everyone jabbed and subscribed to Big Pharma for the rest of their lives, and push their demonic control grid via vaccine passports/digital IDs.

The CDC can’t admit there is a threshold for herd immunity because they no longer recognize natural immunity to infections. From now on the CDC has decided that immunity only comes from vaccines, and that immunity can only be possible if 100% of the population gets vaccinated with no exceptions.

This makes an absolute mockery of science.

Even Fauci said that the vaccines don’t prevent infection, hospitalization, and death. Now they admit this openly, as they even changed the definition of “immunization” recently.

The current scientific dogma is that the only way out is more booster shots. You’ll eventually have to take one every week, or daily, who knows?

Or you just do what humans have done since the dawn of time, and go live your life.

There never was a Covid-19 pandemic.

Not when the health officials in countries like Italy are reducing the deaths from covid by 97%.

Always remember: the CDC works for the pharmaceutical industry. They will only support what makes them money.

Do you remember back in March of 2020 when people like me were telling you that covid didn’t exist, that it was a psyop for control? That the vaccine already existed, and it would be enforced with mandates and vaccine passports in the near future?

See also  Top Thai authorities including advisors are prepared to see to it that the Pfizer contracts are declared null and void.

That future is now.

That Covid-19 stood for Certificate of Vaccine ID.

Well, we were right again.

Covid was simply weaponizing the common cold using a test that by design cannot be used to diagnose an illness, in order to create the appearance of a pandemic.

Fear will then allow a handful of people to control billions.

“But labs have covid samples!!!”

If you are going to pay researchers tens of millions of dollars to find covid, they’ll find covid. It is like the Higgs Boson.

We spent billions building the Large Hadron Collider to find the Higgs. After billions of dollars and decades of work, it was very apparent that the scientists were wrong.

But then all of a sudden, they found miniscule evidence that had less than a .1% chance of being related to the Higgs, but they jumped at it and claimed they found it.

There was no real evidence, but that didn’t matter. The entire scientific community and the media said the researchers found the Higgs Boson.

I have no doubt that Fauci was working on gain of function research on corona in Wuhan. It also makes a very convenient source to create real plausibility for the existence of SARS-CoV-2.

The “just wait two weeks” has turned into two years.

How much longer are we supposed to let this go on? The people really are living in the Matrix, the false world created by the Bolshevik Left.

Waking up to that realization is something a lot of people just aren’t ready for.

Let me close it up with a short story:

Patient Zero in the USA was a young guy from Seattle who had recently returned from China. Even though he wasn’t sick, he thought he should get checked out at the hospital. After going to the hospital, he fell ill five days later. He returned to the hospital where he was diagnosed with hospital acquired pneumonia.

He was given steroids and antibiotics and got better over the course of the next week.

At the time, there was no test for covid.

Because of his symptoms, it was later determined that he had covid and his close contacts were then deemed covid cases. Through contact tracing, the first covid outbreak in the USA became a reality.

It was January at the time, and flu cases were immediately called covid due to the infection profile.

The same thing then happened in Boston when a woman from China was deemed symptomatic when she was at a medical conference. A few people who were at the conference later exhibited flu symptoms.

It was winter and completely normal for a few people out of a few hundred to get a cough and a fever. Instead of actually looking for the real cause, covid was blamed and the second outbreak was “confirmed”.

Three weeks later, “covid” was found in almost every state, even in places with people who couldn’t possibly have had contact with anyone infected, like a rural farm in Idaho.

The common cold, influenza, and a few hundred other illnesses became covid when the CDC sent out the new guidance that any symptom of supposed covid could be called a covid case without any further diagnosis, and the hospital or health facility would be guaranteed a payment of $18k for every covid diagnosis.

The only person I ever met who “died from Covid”, was the father of the husband of one of my not so close friends.

He was very overweight and 74 years old. It was the middle of the winter and he got sick. His daughter is a nurse, so she said to immediately go to the hospital because he caught covid.

This was not a diagnosis based on any test. He got sick and his nurse daughter said he must have covid.

See also  Think tank: America’s defense industry is not prepared for a war with China over Taiwan

He went to the hospital, already sick. They ran a covid test that came back negative, but said that with his symptoms it must be covid.

They didn’t check for anything else.

Because of his weight and age, they immediately gave him Remdesivir. His condition then became even more severe.

He was then put on a respirator.

A second Covid test then came back positive. He was also diagnosed with Covid induced pneumonia.

Of course the symptoms were blamed on Covid and he wasn’t given antibiotics or steroids.

After two and a half weeks of being on a ventilator and suffering kidney failure, he died.

Some people I know said that they didn’t feel sorry for him, because he was high risk for covid and didn’t seem to care about it, i.e. he didn’t wear masks when he went out, so he got what he got.

The death from covid story just doesn’t add up though.

He was already sick when he went to the hospital, and tested negative for covid. It wasn’t until later, and after he was given the covid treatment protocol of Remdisivir and the ventilator, that he tested positive.

He wasn’t given the normal treatment for someone presenting pneumonia symptoms.

The most accurate diagnosis is that he caught pneumonia and was killed by the Covid protocols at the hospital.

What we’ve seen from the beginning of this stupid pandemic hoax is that anything that happens in one country is bound to eventually happen in other countries, and sometimes in every country.

It is clear that this third force is making the decisions.

They are currently building an entire narrative about how the unvaxed are creating variants that do not affect them, and yet somehow kill vaccinated people. This is the narrative they are going to push hard when people start dying from various conditions created by the vax.

This “variant factories” meme was first circulating in July.

The vax is creating serious and permanent health conditions in people who take it, and one of those conditions is likely to be a seriously compromised immune system. So, this winter, it is likely that a lot of people actually will die.

The vaxed are going to die from normal colds and flus, because their immune system will no longer work properly. Then they’re going to come out with this brutal narrative about how it’s a new variant created by the unvaxed.