Initial Coin Offerings (ICO) took off in 2017, as crypto-fever continues to reach new heights. This relatively new fundraising method has captivated companies ranging from startups to large-cap enterprises. The cryptocurrency craze in 2017 led to over $5 billion in fundraising from a little more than 706 ICOs. While there were many different ICOs that are worth mentioning, we set out to highlight the top ten of 2017 by funds raised. 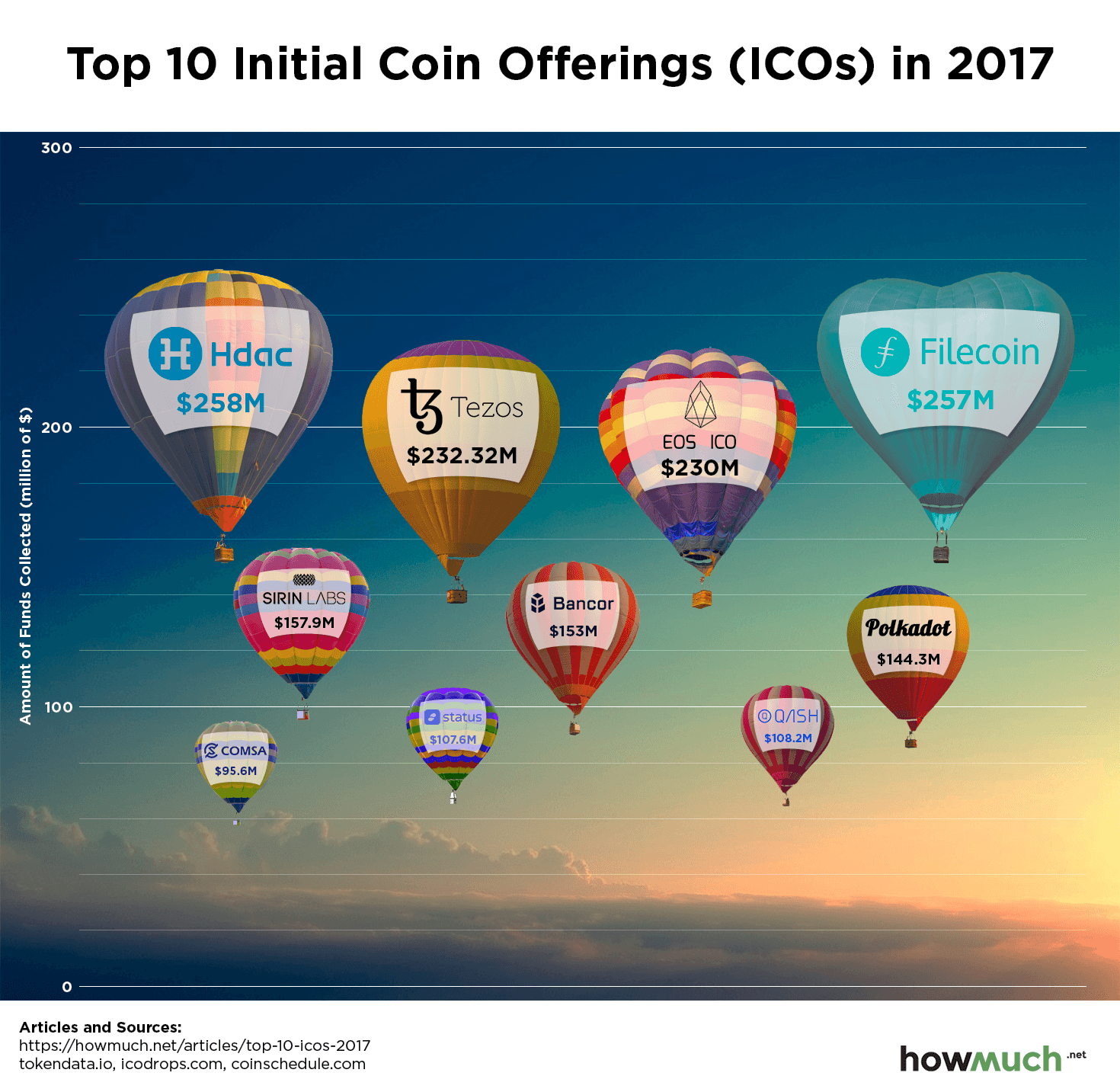 Using key sources: tokendata.io, icodrops.com, coinschedule.com, and coinspeaker.com, we were able to accurately determine the true top ten ICOs of 2017 by funds raised. Using hot air balloons, we placed the ICOs with the highest amount of funds raised at the top and with the largest-sized balloons. As you go down the visual, the balloon sizes shrink as the amount of funds raised by the ICOs decrease. This clearly shows how dominant the top ten ICOs were in their ability to attract investor capital in 2017.

According to the hard data, the top ten ICOs by funds raised in 2017 generated a total of more than $1.74 billion. Hdac was the number one ICO, which raised $258 million. Filecoin was a close second with $257 million in funds raised. Together, Hdac and Filecoin account for $515 million or 30% of the total $1.74 billion raised.

Tezos was the third highest grossing ICO of 2017 with $232.32 million and EOS’s stage 1 offering generated $230 million. Tezos and EOS raised impressive amounts of money in their ICOs, as both infrastructure businesses accounted for 26% of the total $1.74 billion raised. Overall, this means that the top four ICOs of 2017 have generated more than half of the top ten’s total funds.

Overall, ICOs saw a monumental year in 2017, as the funding concept began to go mainstream. This year is positioned to be another major milestone for ICOs, as companies continue to jump on the bandwagon. Infrastructure, trading & investing, and data storage companies raised the most money in 2017, but what will dominate the top ten list for 2018?