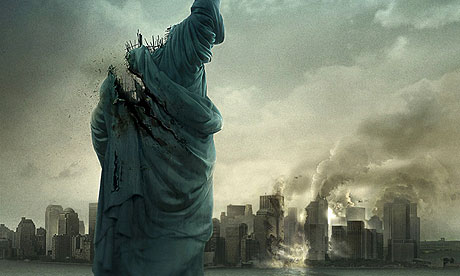 Found this letter attributed to Geoffrey B. Higginbotham, Major General, USMC (Ret.). Wanted to share it here.
A Word To The Wise
“If you are paid $25.00 an hour to show up to a rally to “counter” the other party using physical force and violence, you are not a “counter protestor.” You are a mercenary.
There is no need for further debate on this. You were paid to attack someone you don’t know for reasons that you couldn’t care enough about to go there for free. You did your “job” and collected your check and your reimbursement of expenses. You’re a mercenary.
Not a Patriot. Not a Social Justice Warrior. Not a Defender of Freedom or Liberty. Not an upholder of Truth or Justice. None of those things you claim to be. You are a mercenary.
And mercenaries are not lawful combatants and deserve whatever comes their way at the hands of the people they are attacking.
You have no 1st Amendment rights when you’re a mercenary.
Doesn’t matter what side you’re on. Doesn’t matter what cause you’re showing up to disrupt. If you can’t express yourself peacefully through diplomatic means, then you better be prepared to meet your maker at the hands of someone who is only barely keeping their own violent tendencies at bay through a massive exercise of self-control.
I know it sounds romantic to attend these rallies and get crap started with the other side. And when you’re young and passionate, it’s really easy to get whipped up into a frenzy of raw emotions. There is a reason why young people are preferred when it comes to warfare. They are easy to manipulate and control and set off.
But I’m telling you all this right now. You’ve got no idea what road you are starting down. Romance and idealism wears off really fast when you’re laying in a pool of your own blood trying to stuff your intestines back into your torn abdomen.
I’ve been lucky enough to go forty-two years without having to put the skills I learned in the Marines to use. I continue to train and keep those skills up to date because I see the madness that is happening all across this country. I don’t train to attack others like you do. I train to defend others FROM you. I’m not alone either.
There are thousands of men and women in this country who have seen war and death and don’t want any more to do with it. They want to live in peace. They want to forget the things they’ve had to do in the service of their country. They want to raise their kids and have family BBQs and build tree houses and soap box derby cars and have tea parties.
They don’t want this crap that you’re selling.
You have the extremist left and the extremist right that are doing their best to get something started. To force us into a Civil War. Even in the 1860’s, the violence between the North and South was nowhere near what we see today. Nowhere. Even. Close.
And yet we still had a war of ideology that consumed hundreds of thousands of lives.
All you young and naive kids on both sides of this equation who think that having a Civil War will advance your agenda or restore your vision of what you think is America, just remember this… Those of us older generations aren’t having any of this crap. And if you jump off, you better be prepared to deal with US. We don’t care what color you’re wearing or what sign you’re holding if you come after us, our friends, our family, our co-workers, our neighbors, etc., WE will kill you.
So remember that when you’re thinking that it’s just Left vs Right, or Liberal vs Conservative, or Commie vs. Fascist. We are the variable you’re not considering.
That “Silent Majority” that you pretend does not exist is getting really sick and tired of your bullshit.
— Geoffrey B. Higginbotham Major General, USMC (Ret.)

6 thoughts on ““If you are paid $25.00 an hour to show up to a rally to “counter” the other party using physical force and violence, you are not a “counter protestor.” You are a mercenary."”