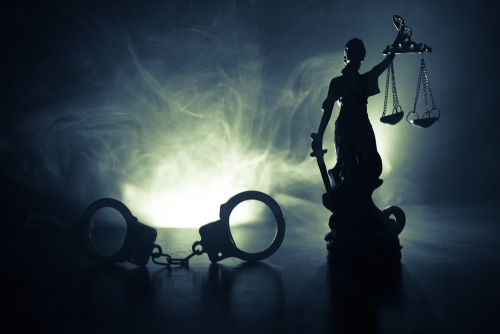 Once upon a time, we use to live in an honorable society. All systems move toward corruption and they inevitably move to protect their own agents. Ben Franklin wanted to create a legal system based upon the Scottish model where judges were nominated by lawyers and not politicians. He lost that argument and we have been paying dearly ever since. People see these protests and blame the blacks. They are ignorant of what is taking place in our legal system. It is not just about the blacks. The entire system has become so corrupt and this is why the United States has more people in prison than any other nation in the world including Russia. If you simply drive on federal property and forget your drivers’ license, you must serve 30 days in prison. A prosecutor will not get credit for a conviction in the Feds UNLESS you go to prison! Does that mean that Americans are the worst criminals on the planet? Or simply does it mean that it is time to change the system.

Proprietorial abuse is NOT limited to blacks. New York City specializes in prosecuting anyone who competes against the New York bankers. When I asked a lawyer why no New York banker has EVER been criminally prosecuted, he laughed and said, “You don’t shit where you eat!” 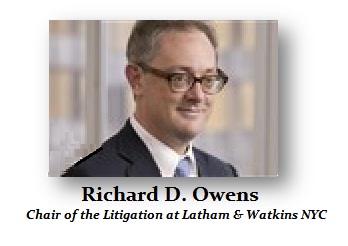 This was the prosecutor on my case — Richard D. Owens. We are heading into a civil war because the Supreme Court has held that prosecutors can do anything whatsoever. They can even knowingly seek the death penalty for people they know are innocent because the government should always be above the law.

In my case, under the direction of Owens, they seized Princeton Economics solely because my lawyers gave them one week to return the money they stole or we would file suit, which would end the takeover of Republic National Bank by HSBC. 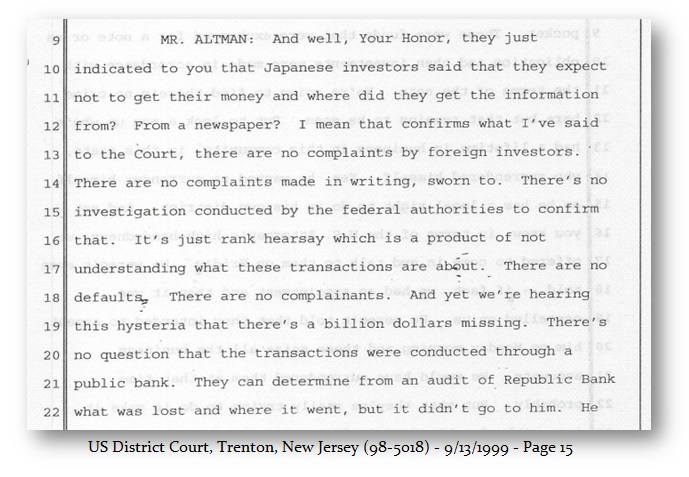 They seized everything when we were NEVER in default and our clients were supporting us against the banks. The bank was illegally trading in or accounts and tried to claim that their own staff was assisting me from hiding losses they created. The problem was that we bought portfolios, but we were not managing them. We had to repay the note regardless of the performance. The allegation made no sense. We had issued notes buying the portfolios at their original cost with generally 10 years to repay covering their losses which were about 40%. 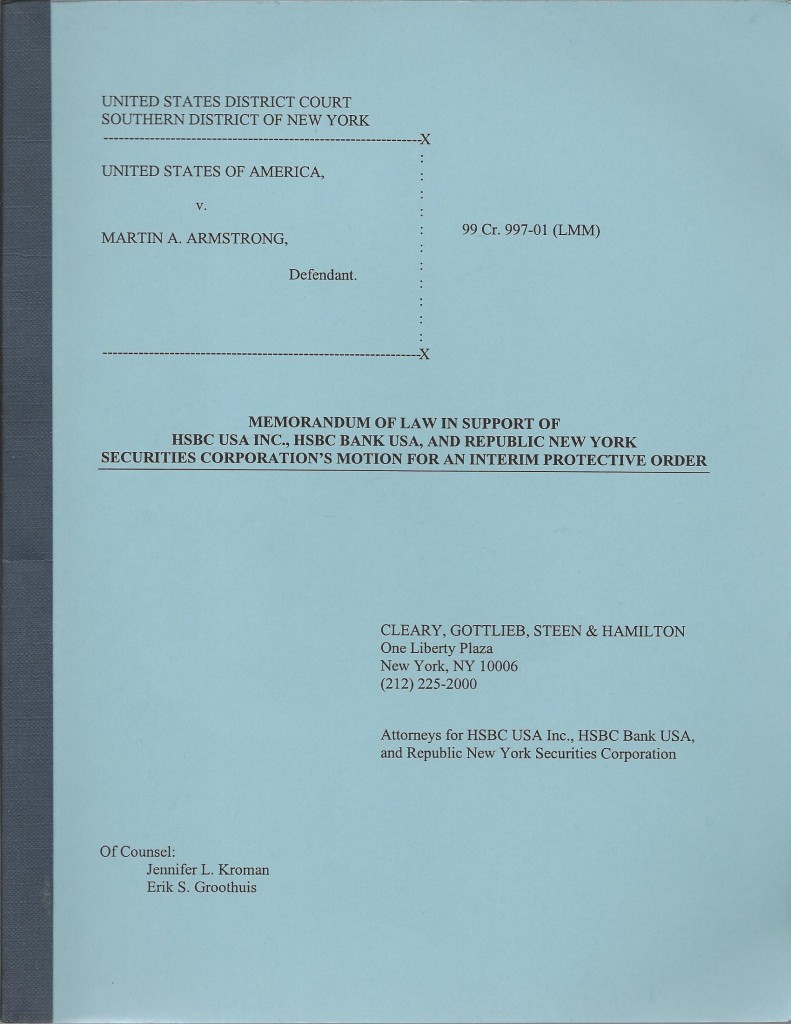 When the prosecutors finally figured out that the bank lied, they summoned me to a private reverse proffer session where Richard D. Owens admitted they knew I had never stolen anything. Yet he added, they would not drop the charges. They wanted me to plead to a conspiracy with Edmond Safra who was dead. I refused. To prevent me from helping our clients in suing the banks, they then imposed a gag order on me to prevent me from assisting my clients for LIFE!. 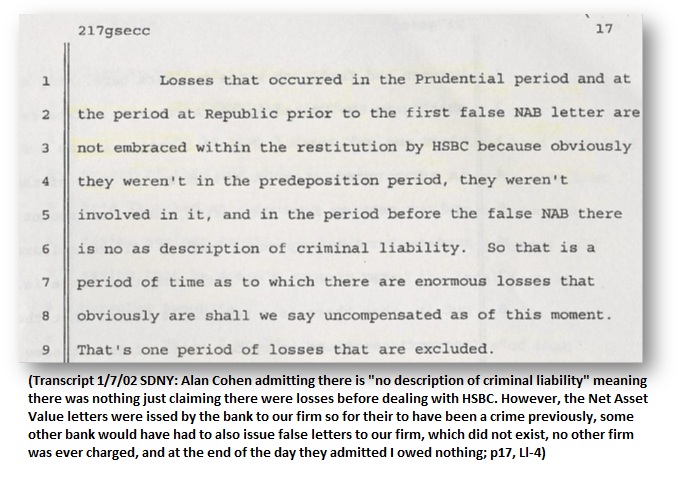 They used the charge of contempt without any description of a crime or any specific order to produce anything to purge the contempt, which is unconstitutional, but law means nothing in New York City. Clients even offered to put up the $1.3 million in cash to end the contempt and the court denied it, resulting in my lawyers simply saying this was just to prevent a trial making it impossible to produce anything. This was all just to protect the bank.

What is blatantly obvious is that $1 billion in our notes were sold to the bank to hide our profit. HSBC then redeemed our notes for $606 million, pocketing about $400 profit in foreign exchange so they could hide that from the public. 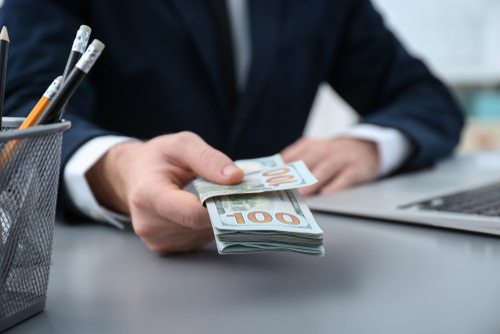 Because of this immunity that the Supreme Court has bestowed on police and prosecutors, there is ABSOLUTELY nothing you can do to defend yourself whatsoever regardless of your race, religion, or gender. Equal protection of the law does not exist! They are above the law and police have been abusing their position routinely. A friend who knew someone involved at HSBC commented it was a deal “too good to pass up,” which has always stuck in my throat wondering how much was paid back in bribes. Any of the major firms that compete against the bankers in New York are charged in New York, destroyed, and their bones are picked over by the New York bankers – i.e. Drexel Burnham (Philadelphia) and REVCO (Chicago). When a New Yorker is involved, MF Global, they are never charged. 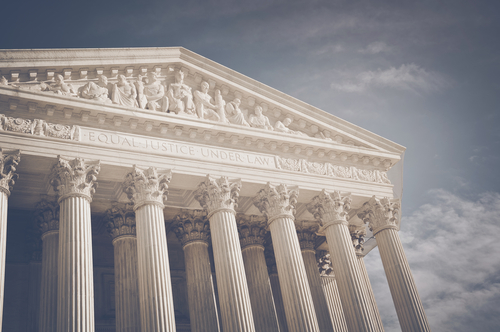 Until the Supreme Court abolishes this unreasonable immunity, why should we ever expect this tension to subside?  The protests are far better off in front of the Supreme Court for until that law is changed, there will NEVER be any reform. They have charged the three officers involved in Floyd’s death. That will not create lasting reform until the law no longer protects them.