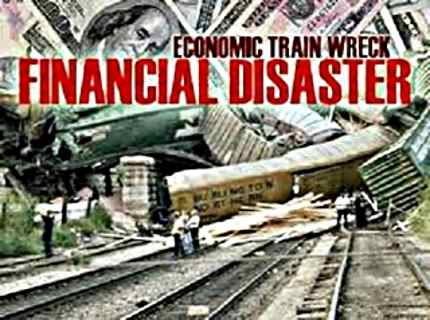 A surge in prices in 2022 delivered a blow to President Biden and underscored the immense challenge facing the Federal Reserve as inflation, which many economists had expected to show signs of cooling, instead reaccelerated to climb at its fastest pace since late 1981.

Consumer prices rose 8.6 percent from a year earlier and 1 percent from April — a monthly increase that was more rapid than economists had predicted and about triple the previous pace. The pickup partly reflected surging gas costs, but even with volatile food and fuel prices stripped out the climb was 0.6 percent, a brisk monthly rate that matched April’s reading.

Friday’s Consumer Price Index report offered more reason for worry than comfort for Fed officials, who are watching for signs that inflation is cooling on a monthly basis as they try to guide price increases back down to their goal. A broad array of products and services, including rents, gas, used cars and food, are becoming sharply more expensive, making this bout of inflation painful for consumers and suggesting that it might have staying power. Policymakers aim for 2 percent inflation over time using a different but related index, which is also elevated.

The quick pace of inflation increases the odds that the Fed, which is already trying to cool the economy by raising borrowing costs, will have to move more aggressively and inflict some pain to temper consumer and business demand. The central bank is widely expected to raise rates half a percentage point at its meeting next week and again in July. But Friday’s data prompted a number of economists to pencil in another big rate increase in September. A more active Fed would increase the chances of a marked pullback in growth or even a recession.

The Russian invasion of Ukraine in February worsened inflation by disrupting trade in natural gas, oil, and grains. That has increased the price of wheat – a staple in much of the world – along with the costs of heating or cooling houses and offices, fuelling cars and jets and trucking goods. It also boosted the price of fertiliser, which has made it more expensive to grow food. All this means that many people may be unable to commute to work, eat enough or turn up the thermostat in the autumn and winter if their wages don’t keep pace.

Economists can’t say when the spiral will end. Supply chain issues should eventually shake out. Central banks may be able to discourage spending by increasing interest rates, or the costs of borrowing by individuals or businesses. But the energy and grain shortfalls will continue for some time.

Economists warn that wrestling inflation lower could be a slow and painful process. Production and shipping snarls tied to the pandemic have shown early signs of easing but remain pronounced, keeping products like cars and trucks in short supply. The war in Ukraine is elevating food and fuel prices, and its trajectory is unpredictable. And consumer demand remains strong, buoyed by savings amassed during the pandemic and wages that are rising robustly, albeit not enough to fully offset inflation.

And the war in Ukraine clearly impacted the inflation figures. Food costs have been climbing swiftly amid supply chain snarls and fertilizer shortages, and Russia’s invasion has exacerbated that situation by disrupting Ukrainian grain shipments in ways that have ricocheted through the global market. Gas prices are also rising sharply, something that started before the invasion but has intensified because of it.

While those trends in goods, pandemic-affected categories and war-driven prices might begin to reverse on their own eventually, Friday’s report also showed signs of a stickier sort of inflation — one that could be harder to stamp out.

Filling up the gas tank costs more than it did six months ago. So does the price of flour and sofas. A cheap used car is harder to find. And if you want to buy a home, you’d better move fast. Mortgage rates are going up.

It seems that every time you make a purchase, prices have ballooned. And it’s happening all over the globe. Inflation is galloping to the highest level many people have seen in their lifetimes. Both the United Kingdom and United States, for example, have recorded annual inflation rates of 9.1 percent, the highest level in 40 years. Nothing is immune: housing, food, electricity bills, construction supplies, and plane tickets have all gotten more expensive.

See also  Does Joe live in the same world as us? Or maybe he's talking about BILLIONS he is sending to Ukraine?

Basically, prices go up when there are shortages and/or a hefty demand for goods or services. A company will raise prices if shortages mean it needs to spend more on materials, wages or shipping. Firms will also charge more if they realise customers are willing to pay more because of scarcity.

Right now, we’re seeing a perfect storm of factors, which started with a scarcity of all types of items during the coronavirus pandemic, due to factory shutdowns and logistical snarls in some of the world’s biggest export hubs, such as China. This jacked up the prices of raw materials, manufactured goods and transport, which then got passed on to customers.

At the same time, countries worldwide pumped cash into their economies to help consumers and companies struggling with the loss of income during the pandemic. As people began to emerge from lockdown, they went on spending sprees with their government support money and savings. This, combined with a shortfall of goods, made everything from refrigerators to shoes less available. Companies responded by inflating price tags.

Low-income people, those with static wages and elderly people who survive on fixed pensions are among those who will suffer most. Those benefitting from inflation include firms such as oil companies that can charge historically high prices. Workers whose wages have kept up with inflation will be cushioned as well.

New refineries are coming, but experts say it will take at least through 2023 until more consumer fuels hit the market. This situation was made worse by Russia invading Ukraine. Russia is among the world’s largest producers of oil and natural gas, with Europe as its largest market. As part of its sanctions against Russia, the Europe Union is banning all imports of Russian oil from the start of next year, and this is creating huge insecurity and price spikes. Fears are rising that Russia will choke Europe from its natural gas, causing further huge disruption.

Current shortages and expectations of increasing disarray make energy more expensive, leading to rising prices for everything since the world still runs on oil and gas.

“The energy crisis is the critical chokepoint,” according to Mathonniere.

The increase in energy prices over the past two years has been the largest since the 1973 oil crisis, according to the World Bank. The price of oil alone has risen by 21 percent since the start of the Russia-Ukraine war.

Electricity prices in Europe have risen 10 times their long-term average, according to Mathonniere. This drives up the costs of living and doing business and could go up even more during the colder months when people need to warm buildings. Governments across Europe are offering subsidies or setting caps on rises to lessen the pain on consumers. But prices are skyrocketing noneth

eless, pushing people to rely on wood-burning stoves, coal or solar power, and go without hot meals and showers.

There’s no end in sight. Mathonniere expects oil prices to balloon this year by more than 50 percent from 2021, with a barrel averaging $110. That’s versus a low of $40 at the start of the pandemic, when demand collapsed.

See also  HANG ON! Democrats Staging A Series Of October Events So Devastating It Is About To Reshape America

This is driving 50 million people in 45 countries to the brink of famine, according to the World Food Programme. It reports that since the pandemic began, 345 million people are experiencing acute food insecurity, triple the amount two years ago. Africa is especially impacted, because it buys more agricultural products and food than it sells outside the continent, spending more than $85bn a year. Wheat and vegetable oils feature among the top imports.

The price of wheat has soared in Africa by more than 45 percent since the war in Ukraine began, according to the African Development Bank. Fertiliser prices have gone up by 300 percent. In Egypt, the world’s largest wheat importer, the government capped the price of bread in order to lessen the burden on families.

Sihlobo predicts commodity prices will remain above their five-year average for some time. Even goods like rice that are in plentiful supply will be impacted. “We are likely to see rice prices increasing somewhat in the coming months as some countries use it as a substitute for wheat,” he says.

The European Central Bank of the 19 euro-zone countries signalled that it will follow suit sometime in July, lifting rates for the first time in 11 years.

Economists widely expect more US hikes to follow, but this entails a delicate balancing act. Increasing rates dampens business activity, and with it hiring and higher paycheques, which is not politically popular. Going too far can prompt a recession or negative growth.

When should hikes stop?

“That’s the key question that the Fed ponders every day,” says Zeldes, who specialises in household economics. “There is no magic number where we can say, ‘They’ve gone too far.’”

People can also make their money last longer by hunting for bargains or cutting out luxuries. As a last resort, they might have to dig into savings or grow vegetables in their gardens, if they have them. Microwaves are more energy efficient than ovens. Ordinary lightbulbs can be swapped for LEDs. Those living in areas with affordable public transport could forgo cars. This is a bad time to take out a loan, and a good time to pay off credit card debt before interest rates rise more. Review household budgets to eliminate anything that’s non-essential. If you can plump savings, build a cushion to get through this, and the next, inflationary swell. You never know when it might hit.