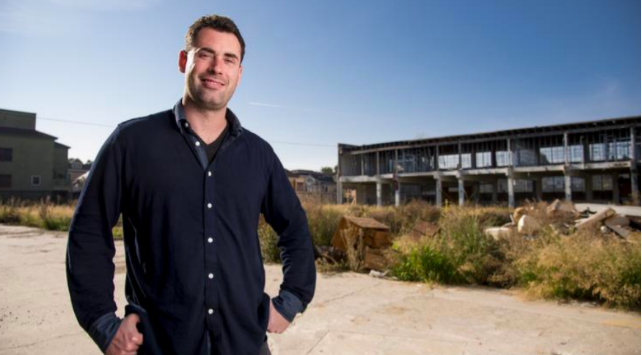 ABC 7 News ran a story about the astronomical costs of Bay Area housing prices, titled, ‘Bay Area housing prices: A look at the outrageous numbers’ which simply confirms what everyone in the Golden State already knows – there is a housing crisis in California and it’s only getting worse. According to some of the stats that are flowing in to news networks, radio stations, realtor listing companies and social media streams, the average cost of a rental for a one-bedroom apartment in San Francisco is $3,600 p/m. Just across the Bay, the cost of rentals in Oakland, CA or San Jose, CA typically top $2600 p/m. As for real estate purchases, the costs remain out-of-reach for the majority of homebuyers.

For this reason alone, an estimated 20% of millennials cannot afford to leave home and are still living with their parents. In San Francisco, the median price of new homes prices averages around $1.3M, and decreases slightly to $1M in San Jose, and $735K in Oakland. Given the stiff requirements for down payments and mortgage approval rates, lenders state that the income requirements fall in the region of $170K + per annum. At these rates, only Silicon Valley employees can afford to purchase real estate in the Greater Bay Area, or afford the exorbitant rentals that are currently on offer.

Why is Real Estate So Expensive in the Greater Bay Area, in CA?

A myriad of reasons has been cited for the rising costs of real estate and rentals in the Bay Area, notably excess demand and not enough new housing units available for tenants. While there certainly is a concerted effort on the part of the mayors of San Francisco, San Jose and Oakland to assist, the rapid growth of Silicon Valley enterprises outstrips the capacity to build new apartments and homes in a timely fashion. Unfortunately, new housing development in the Golden State is mired in bureaucracy with archaic rules that slow down the process of home building to a crawl.

McKinsey Global Institute research shows that California must build 3.5 million homes within the next 6 years to meet demand. Another reason for the problem is that only the rich can afford to pay the costs of new housing given that the in-demand areas are limited and strict rules make it difficult to expand neighborhoods. An estimated 12% of the US population resides in California – the world’s 4th largest economy. Unfortunately, 25% of the US homeless population resides in California too – thanks in large part to the unaffordability of rent and real estate.

Enter Danny Haber of oWOW, a forward-thinking developer with an effective set of solutions to the burgeoning real estate crisis in California. His company is in the business of constructing new housing units for consumers and other developers. oWOW is a recognized provider of cost-effective and luxury living for a largely-ignored demographic – the low and middle-income earners in the Bay Area. The company’s work has already been praised by the former leader of the Black Panther Party, Elaine Brown and the former vice-mayor of Oakland, CA, Annie Campbell Washington.

Haber’s teams are vertically integrated, ensuring that a hands-on approach is adopted at all stages of development. This practice cuts costs and reduces daylight between what’s going on between the actual design, development, and construction work and management activities. The methodology behind Haber’s remodeling systems is unique; its known as Magic Walls (a flexible wall system) allowing for rapid transformations of an existing area into a much ‘larger’ living unit. For example, a standard single bedroom unit can be transformed into multiple bedrooms and bathrooms.

There are currently several developments underway and/or completed by the oWOW team, including the successful 674, 23rd Street project, the 960 Howard Street Project, and the 1919 Market project. The challenge in the Bay Area is complicated by the fact that developers typically cater to high-end customers, but that’s where Haber’s company differs. Their luxury units are affordably priced (below market price) to make them accessible to middle-income earners who do not work at the Silicon Valley-style companies, like Apple, Google, Microsoft, Facebook, Twitter, et al. With customized designs built off-site, oWOW developments feature repeatable designs with rapid deployment and cut-rate prices. Dubbed the ‘Oracle of Oakland’ by some, Haber’s innovative solutions are lauded by the industry. It is clear that adaptable housing units are making an impact on the greater Bay Area industry.

As evidence of the urgency of the situation, Apple Inc has publicly pledged to offer $2.5B towards the construction of affordable housing in the Bay Area and surrounds. Apple indicated that $1B would go towards the state in an open line of credit for more housing construction, for a duration of 5 years. The company will buy $1B of mortgages and spend approximately $20M for first-time home buyers as part of their down payments. Stats show that California is well behind on its obligations with 308 units of housing provided for every 1,000 new residents. In the Bay Area alone, some 676K+ jobs have been added since 2011, but only 176K housing units have been built. Substantial challenges exist, but incremental steps are being taken to transform a seemingly hopeless housing situation into something that works for everyone