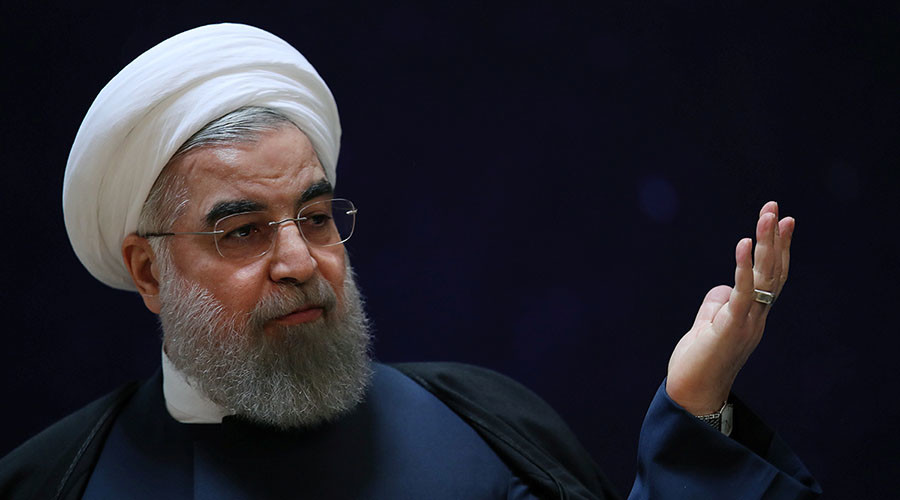 As President Rouhani addresses Parliament, he made it very clear that id the US decides to go ahead with more sanctions, then Iran will scrap the “Obama Deal” (which did not just involve Obama) and resume their nuclear and missile projects. The only surprising thing about this whole affair is that it took them this long.
Rouhani was outlining the plans for his new term when his “chat” took a decidedly anti-Trump turn; he declared that with Trump n the White House shows the world that Washington is “not a good partner”. Let’s for a moment ignore that most nations would consider Tehran one of the worst possible partners in terms of getting along and being friendly to each others’ citizens, and focus on his “threat”. He said:
“Those who try to return to the language of threats and sanctions are prisoners of their past delusions,”
“If they want to go back to that experience, definitely in a short time – not weeks or months, but in the scale of hours and days – we will return to our previous situation very much stronger.”
He said Iran did prefer to stick with the nuclear deal, which he called “a model of victory for peace and diplomacy over war and unilateralism” but that this was not the “only option”.
So not only would they begin the programs again, but miraculously would be even farther ahead than when they stopped at the beginning of the negotiations!?!? Have they become Masters of Time and Space? Or is it, perhaps, that they never actually stopped working on these things?
The original deal apparently involved Iran stopping Nuclear and missile development programs, for this, among other things, $150 billion of Iranian assets were released back to them (Note: Does anyone actually believe this? I’m not accusing, just asking). Iran have broken that deal by carrying out “Missile tests and strikes”, which in legal circles may not be  against the word of the contract, but is most definitely against the spirit of the contract. As a result, Washington is moving to new sanctions.
Is there anyone who realistically thought that Iran was going to make the world happy on this one? Is it really a surprise that Rouhani has blamed America for Iran’s continuation of a Nuclear program? Back when this deal was first made, critics were already saying that this won’t last and will end up a diplomatic nightmare. And so it is. In future, let’s forego the publicity of “groundbreaking deals and announcements” and only make agreements with people that we know will stick to them. Anything else is just for show.

3 thoughts on “Iran Threatens to Go Nuclear “Within Hours” – Of Course they Do, This was the Plan All Along”