Last month, I wrote an article asking “Is Oil Nearing A Top?” It turns out that oil was indeed at a significant top at that moment. Since the publishing of that article, WTI has fallen over 10%. It was the right call at the time, but I am beginning to wonder if the price has fallen too far and too fast. Could oil be setting up for another rally? 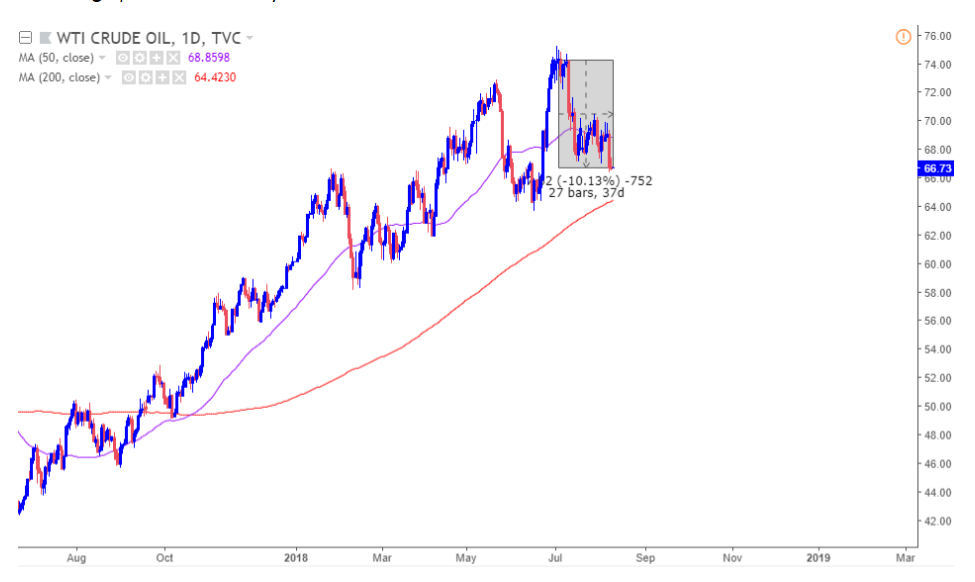 Oil is usually (but not always) a lot like stocks in the way it rallies when times are good and sinks when times are bad. At least for now, the economy is still doing fine. The latest GDP figure was exceptional at 4.1%, and the unemployment rate is still near the lowest point in decades. The economic climate can turn on a dime, and I expect it to turn lower soon, but this climate could still produce a nice oil rally.

In the recent past, the end of economic cycles (which we are near now) have produced blow-off tops in oil prices. This goes hand-in-hand with the typical rise in interest rates and inflation at the end of economic cycles. As inflation rises, the cost of living increases to the point of pain for consumers. Then, as consumers struggle to keep up with rising costs, they default on loans and the economy enters a recession. Are we going to see costs skyrocket again before recession, particularly oil costs?

See also  Just Another Day Wrecking the Economy for Brandon

Even as stocks begin their decent into a bear market, oil can rally hard. Look at the small recession in 1990. As stocks fell, oil (blue line) rose sharply before falling. The top in oil and stocks were close before the 2000 recession, but stocks still peaked before oil. Again, look at the recession of 2008. As stocks fell, oil rallied hard before crashing. Even though, in my opinion, we are nearing another top in stock prices, I still believe oil can make a significant rally here before it crashes. 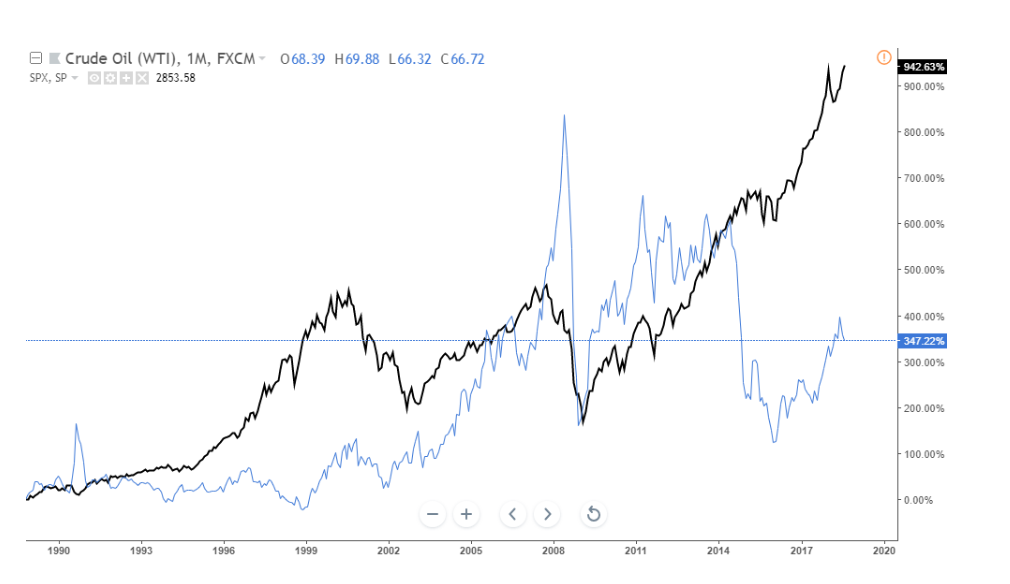 A trader, who goes by the name @LongTplexTrader on Twitter, recently posted an interesting chart that shows that a large move is likely in oil. When his algorithm prints stacks of yellow bars, like it’s doing now, it usually means a big move is coming. I cannot tell you exactly how he arrives at his conclusions because his algorithm is proprietary, but I can tell you his method has been very accurate in the past. This move could be up or down, but I think it’s up.

See also  Another Artificial Intelligence turns into a racist

So, there you have it. I strongly believe oil will rally, but anything is possible. If your research indicates otherwise, let me know in the comment section. And as usual, before you make any significant changes to your portfolio, do plenty of your own research and/or consult a financial advisor.