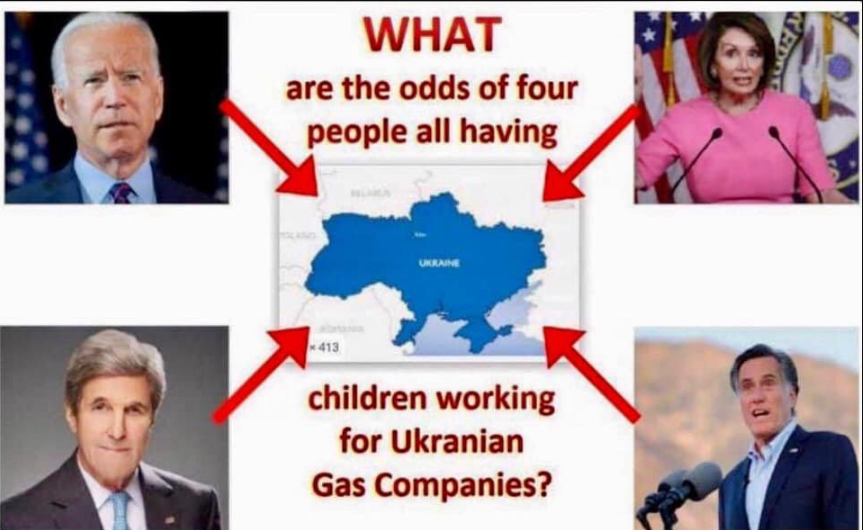 To be accurate, meme should say “connections to” Ukrainian companies as there is not enough direct evidence to say “working for” with all of them. Point is, they are all corrupt scumbags.

Hunter Biden was paid more than $83,000 per month by a Ukrainian gas company because of his ‘powerful name,’ according to those familiar with the arrangement

“The appointment of the vice president’s son to a Ukrainian oil board looks nepotistic at best, nefarious at worst.”

Nancy Pelosi’s son Paul Pelosi Jr. (who went to Ukraine in 2017) was a board member of Viscoil and executive at its related company NRGLab, which did energy business in Ukraine.

Hunter Biden and Christopher Heinz, the stepson of then-Secretary of State John Kerry, co-owned Rosemont Seneca Partners, a $2.4 billion private equity firm involved in foreign deals. Heinz’s college roommate, Devon Archer, was managing partner in the firm. In the spring of 2014, Biden and Archer joined the board of Burisma Holdings.