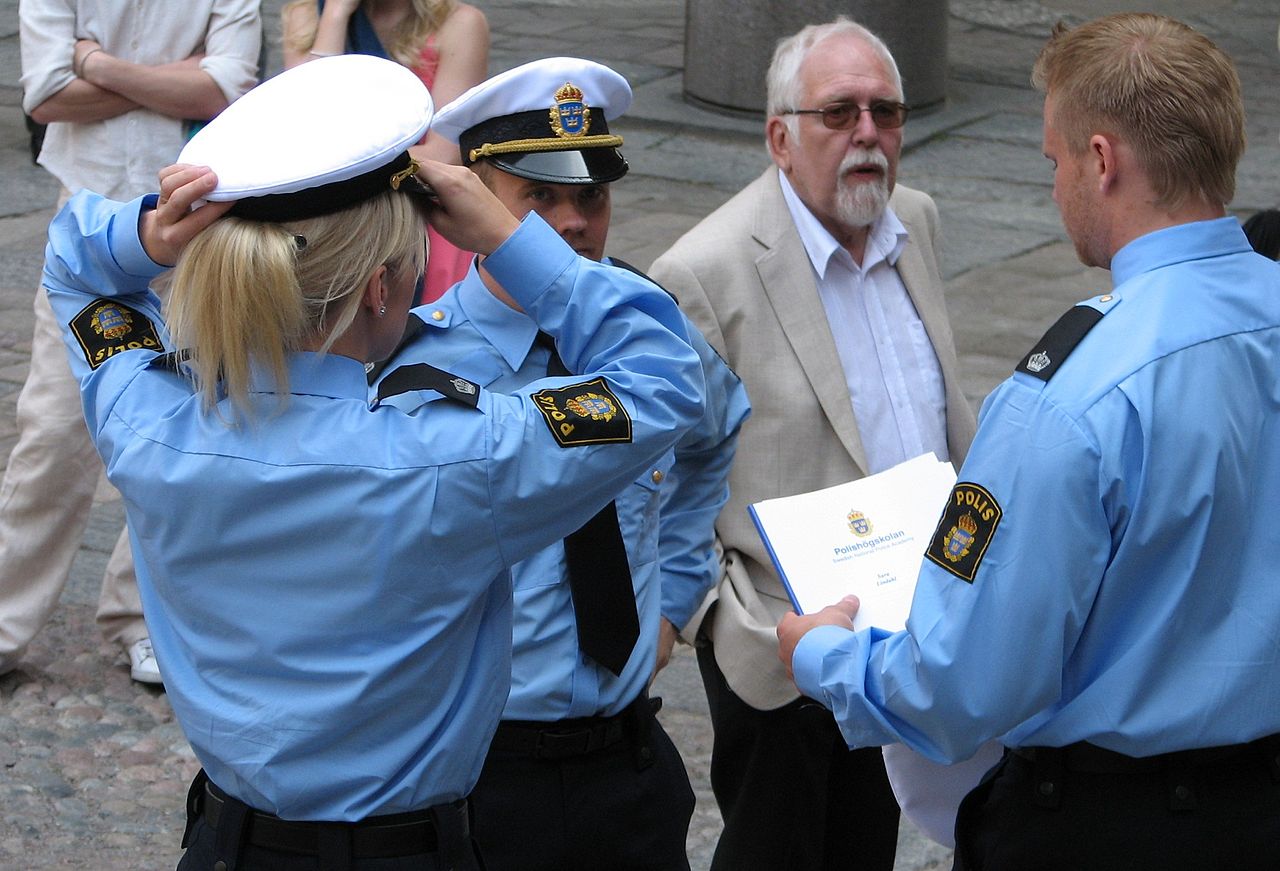 When it comes to cultural Marxism, Sweden is the canary in the coalmine. Here’s the latest from world’s most progressive country: the city of Oskarshamn  is the first to implement a brand new policy for the sake of their citizens:  sport aficionados in this tiny Swedish town will now have the option to require armed police protection for when they go out jogging. This sounds so unreal, I don’t even know where to begin.

How about just dealing with the real problem, then Swedes who want to jog at night won’t need armed guards. And for the rest of the world: This is what happens when your immigration policy fails you and you have no means of protecting yourself.

Now, getting back to our news story, according to Peter Karlsson, who is the police inspector in Oskarshamn, the aforementioned program was put into place in order to “ease the insecurities” of those folks who’d like to go out jogging after dark. So, suddenly, Swedes are afraid of the dark? Peter Karlsson said that the police will create “jogging groups” and any citizen interested into joining the police officers would be welcome. Karlsson was quoted as saying:

“We will adjust the pace entirely to those who come,”

i.e.  police offices will adjust their pace, as in they’d jog as well as walk, as per citizens’ request. How did this strange idea enter Karlsson’s mind and everything ended up with armed police protection for after-dark joggers? Well, this guy claims that many of the city’s residents are feeling insecure suddenly due to the news-cycle, check this out:

“It does not happen so much here, but people are influenced by events around the world and feel unsafe when it’s dark.”

Speaking of insecurities, according to a report via Aftonbladet from 2016, almost half of the Swedish women (43% and 48% respectively) felt very unsafe both during the day and especially at night when alone in Swedish cities. The women-safety issues are particularly bad in no-go zones, i.e.  in suburbs (like Malmo) populated by migrants, most of them Muslims from Africa and the Middle East, where a survey found that half of the Swedes were afraid to leave their residence in the evenings, out of fear of being injured/robbed by criminals.

The jogging-officers will carry weapons and handcuffs and as Sweden’s violent crime rates are going through the roof, a number of unorthodox solutions were proposed to mitigate the out-of-control situation, including deploying the army on the streets (in no-go zones like Hallunda-Norsborg, Tensta, Rinkeby, and Husby).

Sweden: Hysterically micro-managing until everything collapses and only some paper reality remains. Hare Krishna.