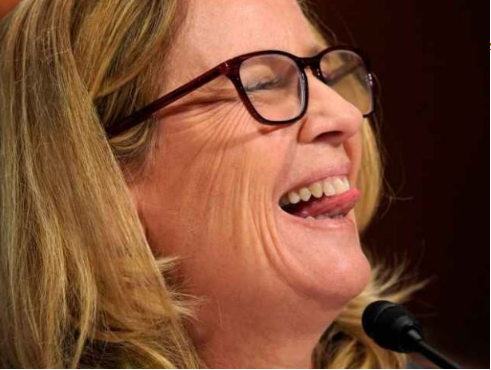 Do you remember the “Judge Kavanaugh sexually assaulted me at some point in the eighties, though I can’t remember when and where” extravaganza? Well, neither do I. It feels like it was 10 years ago, and that’s due to the crazy news cycle. The funny thing is that Judge Kavanaugh, who incidentally is regarded to be the poorest Supreme Court Justice ever appointed, has declined a huge sum of money donated to him by his supporters via GoFundMe, citing ethical concerns.

John Hawkins, a veteran conservative blogger who runs a Kavanaugh-inspired “men’s website” called Brass Pills, organized the fundraising campaign. On Tuesday, Hawkins posted what he referred to as an “official statement” from Kavanaugh’s representatives distancing the justice from the effort:

“Justice Kavanaugh did not authorize the use of his name to raise funds in connection with the GoFundMe campaign. He was not able to do so for judicial ethics reasons. Judicial ethics rules caution judges against permitting the use of the prestige of judicial office for fund-raising purposes. Justice Kavanaugh will not accept any proceeds from the campaign, nor will he direct that any proceeds from the campaign be provided to any third party. Although he appreciates the sentiment, Justice Kavanaugh requests that you discontinue the use of his name for any fund-raising purpose.” –Yahoo! News

Really classy on the part of Justice Kavanaugh! Does anyone think the likes of Michael Avenatti, Peter Strzok, Andrew McCabe, Eric Holder, Lanny Davis, Sidney Blumenthal and other Democratic Heroes would turn down so much money?

Kavanaugh’s GoFundMe page was set up by John Hawkins, a veteran conservative blogger, as a precautionary measure in case the Judge would require additional money for security or attorneys or whatever.

Meanwhile, the “nothing to gain” Christine Ford, the Palo Alto based psychology professor who lives in a house worth over $3 million, is breaking the bank, as she’s collecting over 1 cool million bucks, after accusing Judge Kavanaugh of sexual misconduct 36 years ago, without a shred of evidence.

Basically, Christine Ford was having the time of her life lying to Congress, enjoying her 15 minutes of fame and all the attention to her, while making a bank.

The potential seven-figure windfall, which she says she intends to cash in on – while still asking donors for more money – has some questioning her motivation for accusing the conservative judge after 35 years of silence, and whether it goes beyond personal or even political justice. Others worry the largesse sets a dangerous precedent: Crowdfunding, which unlike political donations is unregulated, could be routinely used in the future as a bounty for providing political dirt on opponents.

Two GoFundMe accounts have raised more than $842,000 for Ford, and the money is still coming in weeks after she testified and left the spotlight. The total does not include a third account collecting $120,000 for an academic endowment in her name. –RealClearInvestigations

Here’s from /POL, and these guys are never wrong:

If you think Ford wouldn’t lie about Kavanaugh to protect Roe versus Wade, you are living in another universe. Corcept Therapeutics (Corcept.com) manufacturers and markets an abortion pill drug called mifepristone, and Christine Blasey Ford is a co-author of at least eight published scientific papers produced by the pharmaceutical giant to promote its pills.

You can see Blasey’s name listed on several publications at this Corcept.com web page detailing their research papers. You ask why Dr. Christine Blasey-Ford would do this? I’ll give you 4 reasons: 1) She owns a major portion of the company that makes the morning after abortion pill and she is afraid Kavanaugh will overturn Roe v Wade, therefore making her million dollar empire go kaput. 2) She’s a professor at the same college (Palo Alto U) where Diane Feinstein’s husband, Richard Blum, is on the board of directors, she has worked with Blum on the “resist Trump” movement for two years. 3) Dr. Blasey-Ford’s brother, Tom Blasey, is business partners with Peter Strzok’s cousin Jill Strzok for a company called Exelis Inc. enough said there. 4) Feinstein and Chuck Schumer appointed lawyers set up three GoFundMe pages for her the week BEFORE she testified, which are currently up to over a million dollars for her to keep as payment for her testimony. I can go on if you would like… Don’t believe for one minute this “professor” came out of nowhere.

It’s amazing that her attorneys claimed live on CSPAN that they were representing Christine Ford pro bono, i.e. for free. What does she need the money for? Well, we already know the answer from a recent statement on the GoFundMe page “Help Christine Blasey Ford”:

“The costs for security, housing, transportation and other related expenses are much higher than we anticipated and they do not show signs of letting up. Funds received via this account will be used to help us pay for these mounting expenses” claims Ford.

Yeah, it looks like she’s lying again, as usual. She’s just cashing in after smearing Kavanaugh’s name for ever. And by the way, she’s still accepting donations.

Despite Ford’s windfall, several Democrats on the Senate Judiciary Committee, including Sen. Dick Durbin (D-IL) and Sen. Kamala Harris (D-CA), said Ford had “nothing to gain” by coming forward with her accusations to the committee.

“You had absolutely nothing to gain by bringing these facts to the Senate Judiciary Committee,” Durbin said during Ford’s testimony in September.

“I want to thank you,” Harris also said during the September hearing. “Because you clearly have nothing to gain for what you have done.”

But Ford had a lot to gain—and not much to lose.

She did very well indeed.  Nothing to gain, but buckets of money, attention, social clout and fame. 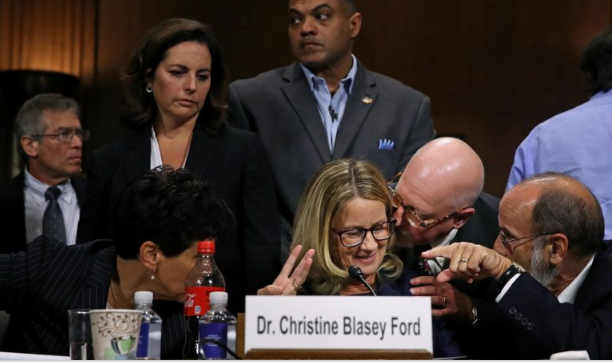 Two of the GoFundMe pages in support of Ford raised more than $842,000 so far, and money is still coming in weeks after her testimony on Capitol Hill.

A third fundraiser collecting money to establish an academic endowment in Ford’s name has a goal of raising $120,000 for that purpose, and the campaign has raised more than $31,000 as of Monday evening.

Who wants to be a millionaire? This lying feminist cat lady does. If you ask me, GoFundMe should be investigated as a money laundering operation. $842,000 buys an awful lot of box wine and Xanax. And cat-food. It’s hard to believe that you can accuse someone of something, not have any evidence, ruin their reputation and become a millionaire without any investigation, only in America!!

Maybe after the election if President Trump can get the Justice Department in line, they might actually get around to fixing Lying Ford. At the very least she has perjured herself in a number of details, and remember: it was lying to the FBI that landed Martha Stewart in jail. I also don’t see why after the midterms a civil suit for slander couldn’t be pushed on behalf of Judge Kavanaugh. I get how President Trump and Judge Kavanaugh might want to just move on and take the win, but that is short term thinking. Long term, these agents provocateur need to be made afraid of their lies being found out and their treachery exposed and punished. They have had it their way for so long, they truly don’t believe they can be punished for anything anymore, and that is why the ersatz globalist “elites” have become so arrogant and lawless. I think we need the birth of a new McCarthyism to help expose, investigate, and ultimately charge and punish these globalist traitors and leftist operatives.