Investors have never been so hungry to lose money

The hunger for new issues is voracious and bankers trying to pad year-end bonus numbers can’t keep up. Their new stocks are making money, but the companies themselves certainly are not.

“DoorDash Inc. delivered for investors, surging 86% in its stock-market debut on Wednesday. The seven-year-old company ended its first trading day valued at about $71.8 billion, higher than many of the restaurant companies that depend on its couriers. The San Francisco-based company has never turned an annual profit, but a surge in demand during the Covid-19 pandemic has helped to transform it.”

Using Bloomberg data going back to the early 1990s, let’s look at the total number of U.S. listed initial public offerings that showed a negative net income at the time of the offering. If they didn’t report financials at the time, then we ignored the listing. 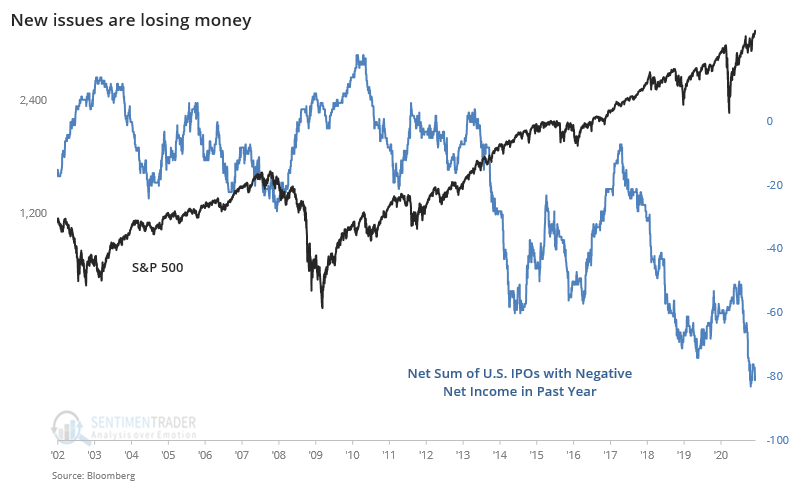