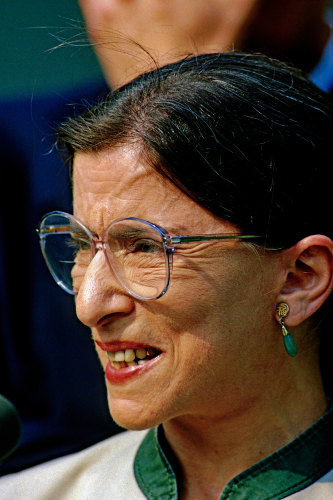 COMMENT: I suppose you support Trump and stuffing the court with more conservative judges!

REPLY: Sorry, I do not fit your predetermined mold. I am a strict constructionist. If it is not in the Constitution, it is not valid. The Constitution is NEGATIVE, not positive. What you think are constitutional rights are actually NEGATIVE commands upon the government; they shall not deny you those rights. I am in serious disagreement with most of the conservative judges as they simply default to the position of the government.

In the case of Justice Ruth Bader Ginsburg, who has liver cancer, she will not step down out of hope that Trump will lose and a liberal justice can replace her. I do not believe in creating things that are NOT in the Constitution, such as immunity for judges, prosecutors, and police. That was one of the express complaints in the Declaration of Independence. I fail to see where the Supreme Court has any such power to create immunity out of thin air that is not in the Constitution.