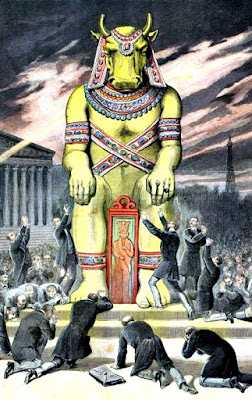 “Beware of false prophets, who come to you in sheep’s clothing, but inwardly they are ravenous wolves.  You will know them by their fruits.”

“A true revolution of values will soon cause us to question the fairness and justice of many of our present policies. On the one hand, we are called to play the Good Samaritan on life’s roadside, but that will be only an initial act. One day we must come to see that the whole Jericho Road must be changed so that men and women will not be constantly beaten and robbed as they make their journey on life’s highway. True compassion is more than flinging a coin to a beggar.

A true revolution of values will soon look uneasily on the glaring contrast of poverty and wealth with righteous indignation. It will look across the seas and see individual capitalists of the West investing huge sums of money in Asia, Africa, and South America, only to take the profits out with no concern for the social betterment of the countries, and say, “This is not just.” It will look at our alliance with the landed gentry of Latin America and say, “This is not just.”

The Western arrogance of feeling that it has everything to teach others and nothing to learn from them is not just. A true revolution of values will lay hands on the world order and say of war, “This way of settling differences is not just.”  This business of burning human beings with napalm, of filling our nation’s homes with orphans and widows, of injecting poisonous drugs of hate into the veins of peoples normally humane, of sending men home from dark and bloody battlefields physically handicapped and psychologically deranged, cannot be reconciled with wisdom, justice, and love…

A nation that continues year after year to spend more money on military defense than on programs of social uplift is approaching spiritual death. We are presently moving down a dead-end road that can lead to national disaster. America has strayed to the far country of racism and militarism. The home that all too many Americans left was solidly structured idealistically; its pillars were solidly grounded in the insights of our Judeo-Christian heritage. All men are made in the image of God. All men are brothers. All men are created equal. Every man is an heir to a legacy of dignity and worth. Every man has rights that are neither conferred by, nor derived from the State–they are God-given.

Out of one blood, God made all men to dwell upon the face of the earth. What a marvelous foundation for any home! What a glorious and healthy place to inhabit. But America’s strayed away, and this unnatural excursion has brought only confusion and bewilderment.  It has left hearts aching with guilt and minds distorted with irrationality.

It is time for all people of conscience to call upon America to come back home. Come home, America. Omar Khayyam is right: “The moving finger writes, and having writ moves on.”  I call on Washington today.  I call on every man and woman of good will all over America today.  I call on the young men of America who must make a choice today to take a stand on this issue.  Tomorrow may be too late. The book may close.”

Death, wealth, and power are the idols and slave masters of this world. But they have been overthrown through the death and resurrection of the Lord, while in the world Himself. He took on our nature, so that we might partake in His. He has ransomed us from ourselves, freed us from the tyranny of worldly idols, and raised us up, giving us the choice to serve Him, not as slaves but in freedom.

Serve then whom you will, but know whom it is that you serve.  For it is they that you will love above all.

“Thus we see how the neoliberal utopia tends to embody itself in the reality of a kind of infernal machine, whose necessity imposes itself even upon the rulers. Like the Marxism of an earlier time, with which, in this regard, it has much in common, this utopia evokes powerful belief – the free trade faith – not only among those who live off it, such as financiers, the owners and managers of large corporations, etc., but also among those, such as high-level government officials and politicians, who derive their justification for existing from it. 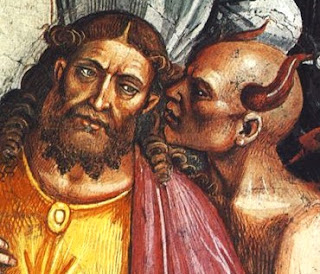 For they sanctify the power of markets in the name of economic efficiency, which requires the elimination of administrative or political barriers capable of inconveniencing the owners of capital in their individual quest for the maximisation of individual profit, which has been turned into a model of rationality. They want independent central banks.

And they preach the subordination of nation-states to the requirements of economic freedom for the masters of the economy, with the suppression of any regulation of any market, beginning with the labour market, the prohibition of deficits and inflation, the general privatisation of public services, and the reduction of public and social expenses.”

“If at the start this cancerous growth in the nation was not particularly noticeable, it was only because there were still enough forces at work that operated for the good, so that it was kept under control.  As it grew larger, however, and finally in an ultimate spurt of growth attained ruling power, the tumor broke open, as it were, and infected the whole body.”

“What is good? All that enhances the feeling of power, the will to power, and the power itself in man.  What is bad?  All that proceeds from weakness.  What is happiness?  The feeling that power is increasing–that resistance has been overcome.  Not contentment, but more power; not peace at any price, but war; not virtue, but competence.

The first principle of our humanism is that the weak and the failures shall perish.  And they ought to be helped to perish.    What is more harmful than any vice?  Active pity for all failure and weakness—  Christianity.” 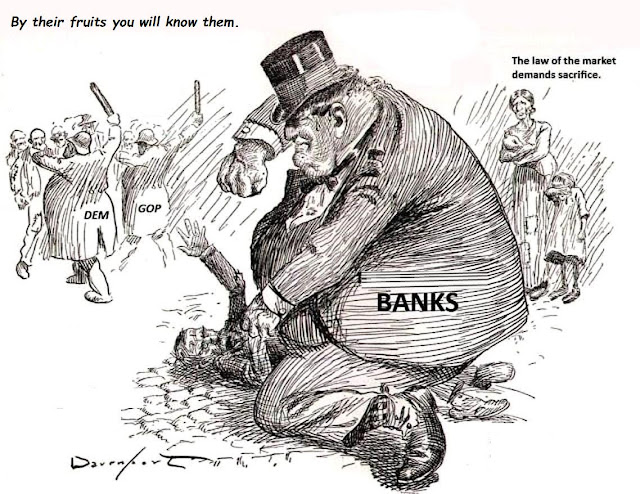