Technical analyst Clive Maund examines stock market charts and discusses what he sees as possible consequences of the Syria strike.

On the 6-month chart for the Dow Jones Industrials, it looks like it is rolling over and set to drop again after arriving at the red downtrend line shown. However, the pattern that has formed over the past few weeks could be an intermediate base that might lead to a significant rally, especially as it has developed just above a still rising 200-day moving average. 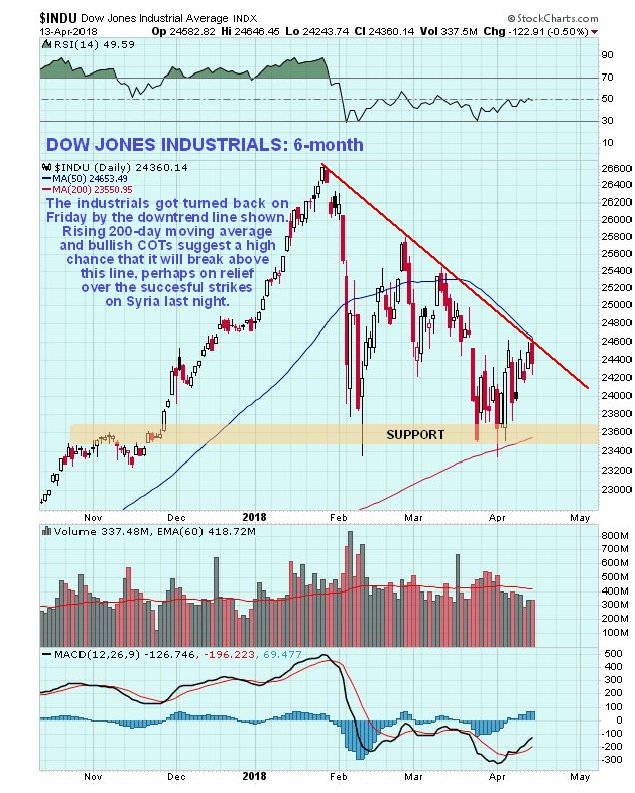 On the 6-month chart for the S&P500 index we can see that a similar potential intermediate base has also formed. Here though it is still quite some way below the red downtrend line.
See also  Stock-market fall may be sign of more serious trouble ahead... 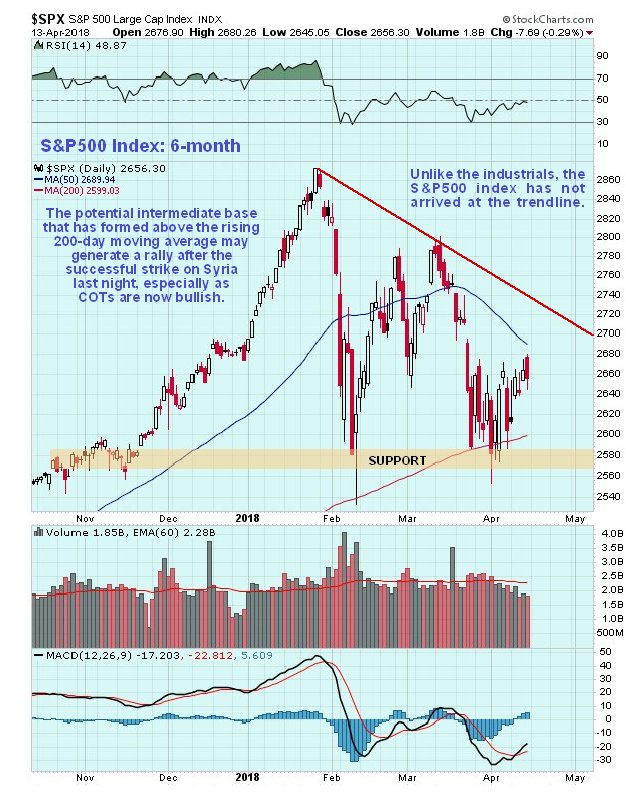 A factor making an advance from here much more likely is the latest COTs, which show the Small Specs now heavily short and the Commercials heavily long. This is a setup that typically leads to a significant rally. 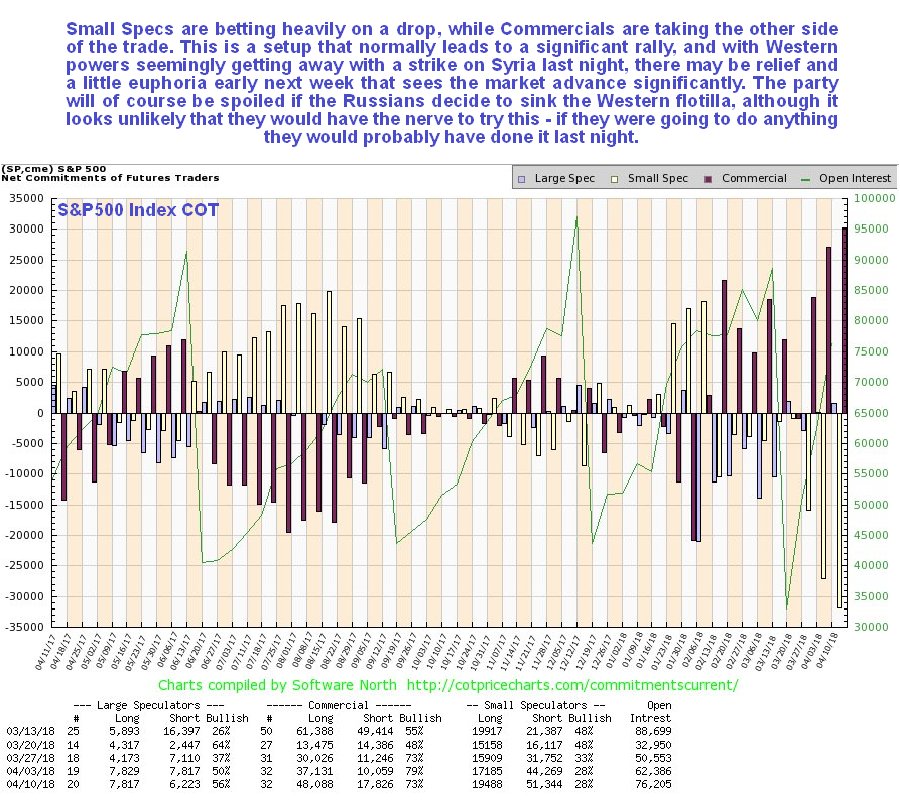 Click on chart to see a larger, clearer version.

The latest Hedgers chart shows that Smart Money is a lot more bullish than Dumb Money, which also makes a rally more likely. 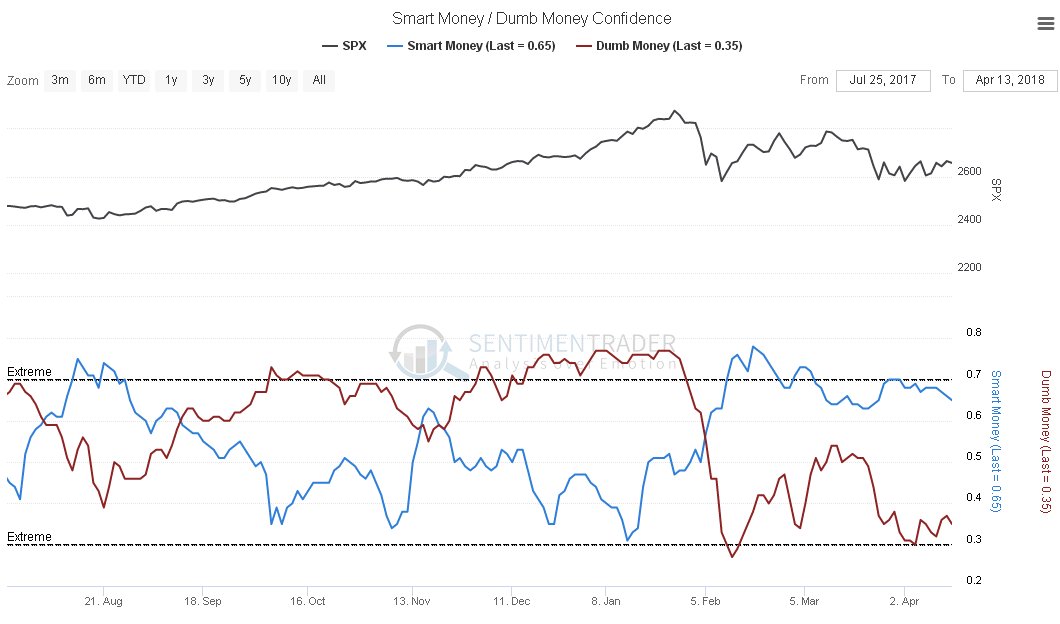 Fundamentally, a reason for a rally next week would be the West seemingly getting away with striking Syria last night, without any immediate adverse consequences. This could lead to a sense of relief and perhaps a little euphoria in the market.

Clive Maund has been president of www.clivemaund.com, a successful resource sector website, since its inception in 2003. He has 30 years’ experience in technical analysis and has worked for banks, commodity brokers and stockbrokers in the City of London. He holds a Diploma in Technical Analysis from the UK Society of Technical Analysts.