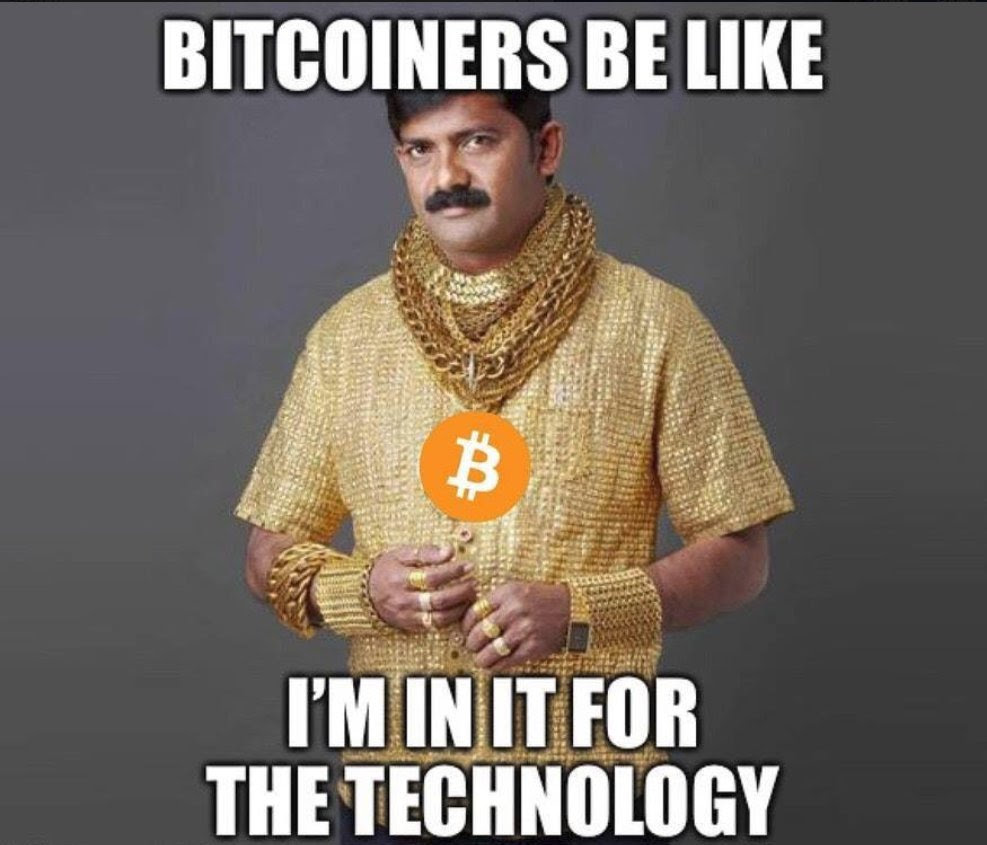 I regard libertarianism to be just another subversive ideology promoted by the “usual suspects”, i.e. suicidal ideation on a grand scale, all dressed up in the cloak of “morality”, designed to destroy the Western society via large scale immigration, promoting degeneracy, pathological individualism etc.

For example, a lot of libertarians – because they are morons who can’t process ideas and thus must embrace ideology – do support legalizing all drugs.

Here’s the truth: It is fundamentally anti-social to allow or encourage deliberate self-harm.

We live in a society.

But I am digressing. According to a recent article publish by the Mises Institute, bitcoin is awesome because uses green energy, and Central Banks are vastly more polluting than bitcoin. So, the argument for buying bitcoin is that it’s greener than fiat, implying that bitcoin is not fiat, but real money. Here’s the last paragraph from the article:

Given we live in a world of irresponsible bankers and still immature altcoins, for now bitcoin remains the safest bet for reducing the enormous energy wasted rebuilding our economy every 5 years. So, if you really do prioritize the environment, stop obsessing about altcoin deck chairs and come help us steer around the fiat money iceberg.

This is all retarded. Let me explain.

The author has gone to great lengths trying to justify the greatest waste of resources in human history.

Bitcoin doesn’t waste energy because the recession of 2008 wasted 1000 tWh of electricity? You can’t waste what was not produced.

The calculation that is costs 1.5 kWh per dollar is meaningless because it fails to account for what was produced and consumed for that dollar. It certainly didn’t cost 1.5 kWh to print a single dollar on a printing press. What item was consumed by someone for the energy used to mine a Bitcoin?

90 tWh of electricity is spent on processing Bitcoin. Not to mention the electricity wasted on other crypto. That power has to come from somewhere, and that means it cannot be generated and used for other things. Increased competition for resources drives up prices. If you want to claim Bitcoin uses green energy, that somehow wastes less resources, fine. You are wrong because what was needed to build that green energy wasted more resources than the green energy will ever produce.

If Bitcoin used 15-20% of available cheap “green” energy, then that cheap energy was not available for the general economy. Therefore it cost and polluted more to do anything else.

Cryptos also waste valuable computing resources and have caused a massive shortage in computer chips and other components. This has increased the costs of computing devices substantially. The inflation caused by Bitcoin and other cryptos creating scarcity, dwarfs Crypto’s contribution to the economy. When there are component shortages, companies resort to overpaying and looking for quicker shipping methods. This requires more energy and higher input costs.

The current size of the bitcoin blockchain is 328 gigabytes. That is what needs to be downloaded for every new node created. That data needs to be sent through the internet. If 100 million new accounts were created, can the internet handle that data transfer on top of everything else?

If everyone in just the USA started using bitcoin for each and every transaction, the blockchain would grow by terabytes every week.

Scarcity from using bitcoin requires the coins to be broken into ever smaller pieces. Each time the whole coin then goes up in value.

Those who hold the most whole Bitcoin become wealthier.

It has been proven that the wealthy waste more energy than any other group of people. Like Al Gore flying around the world on private jets, each time producing a larger carbon footprint than what a single middle class person generates in a year.

The more “wealth” bitcoin generates, the greater the waste. The last thing any eco conscious person would want to do is generate more wealth. 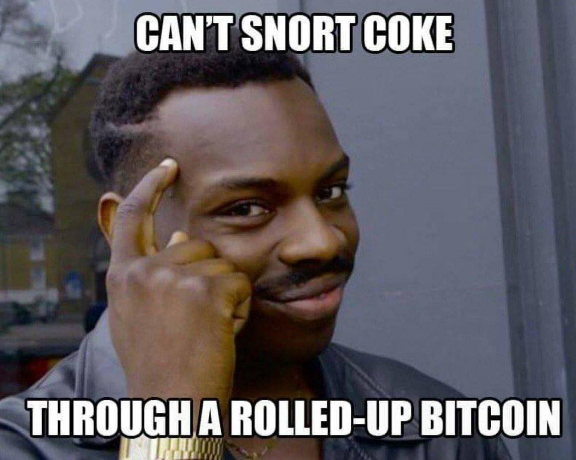 Funny how speculators all talk about how rich they are in the currencies bitcoin was supposed to replace.

There is no difference between bitcoin and fiat, unfortunately.

Because at the end of the day, bitcoin is tethered to fiat.

See, the hypothesis that if only BTC existed, everything would be decentralized is NONSENSE. Even Buterin doesn’t believe that idiocy. If only BTC existed, the banks would own it. Then, to create inflation, they would fork it over and put another medium of exchange over it.

So it was never about using Bitcoin or the blockchain as a new financial system, but a greater fool method for making more dollars, i.e. to become rich in dollars.

Tell me, what is the price in Bitcoin for a new Tesla?

Not the Bitcoin price converted into dollars, the price in Bitcoin. Is a Tesla one Bitcoin, three, half a Bitcoin? If I have a Tesla and say a Tesla is 100 Bitcoin, and all you have is Bitcoin, the price is 100 Bitcoin. You can claim that price is insane, quoting a $6 million value. Well, there is no agreed value in real commerce for a Bitcoin. Only what shady exchanges claim the value is based on other currencies.

If you want to trade your Bitcoin for dollars, and then buy my Tesla for the market value in dollars, that is fine. But since there is no pricing mechanism to value anything in direct Bitcoin, the price becomes whatever the private party agrees to.

READ  Bitcoin Let's see! Bubbles burst! Bitcoin has zero intrinsic value (apart from being a Collector's item). Deflationary bust and pop of equity bubble will take #Cryptos much much lower!

By the way, analysts claim cryptos are one of the most innovative technologies in decades, but can’t explain what the technology is or what it is good for.

That doesn’t stop them from putting outlandish targets on anything, because their own jobs and fortunes depend on morons tossing money their way.

For example, Coinbase is a complete and total criminal enterprise, but so is all of Wall Street. If you think you actually own the crypto you buy on Coinbase, you are absolutely wrong.

You own an IOU. They need to go public to get the funds to make the institutional holders whole, when they cash out.

Everyone else will hold an empty bag.

When they think the time is right, bankers/governments will pull the plug on bitcoin and give you their slavecoin. Then every transaction you make will be their data forever. That’s what your greed is buying you right now.

Blockchain technology combined with crypto are the tools that are being perfected for your enslavement. That’s what you are funding. The only freedom will be direct transactions with physical money. I’m sure they will outlaw that too soon.

It’s just incredible that people continue to believe in this democracy system as the world comes down around them.

PS: don’t get me wrong: if you’re speculating in BTC, good for you. Speculation is awesome.

If you think it’s an investment I’ve got a bridge to sell to you.