Meet The Members Of The Three-Comma Club

Capitalism’s global conquest continues as entrepreneurs around the globe mint fortunes in everything from cryptocurrencies to telecom to bridal dresses. Forbes has pinned down a record 2,208 billionaires from 72 countries and territories including the first ever from Hungary and Zimbabwe. This elite group is worth $9.1 trillion, up 18% since last year. Their average net worth is a record $4.1 billion. Americans lead the way with a record 585 billionaires, followed by mainland China with 373. Centi-billionaire Jeff Bezos secures the list’s top spot for the first time, becoming the only person to appear in the Forbes ranks with a 12-figure fortune. Bezos’s fortune leapt more than $39 billion, the list’s biggest one-year gain ever. He moves ahead of Bill Gates, who is now number 2. It is the biggest gap between no. 1 and 2 since 2001…

42% of Americans are at risk of retiring broke

Cities where your retirement savings will stretch the furthest from CNBC.

At this rate, retirement is more of a fantasy than a reality for many people in this country.
About 42 percent of Americans have less than $10,000 saved for when they retire, according to a study by GoBankingRates released Tuesday.

Ron Paul warns that market dangers are ‘bigger than ever,’ even if Trump backs away from tariff threat

Trump tariff or no tariff, Ron Paul warns a ‘calamity’ will hit stocks from CNBC.

The situation facing stocks may appear more ominous with the addition of President Donald Trump’s tariff threat.
But libertarian Ron Paul suggests Wall Street is missing the bigger picture.
The real trouble stems from Federal Reserve policy and easy money, according to the former presidential candidate.

“If the Fed continues on the things that they are sort of planning on doing, it’s going to be a calamity,” he said Monday on CNBC’s “Trading Nation.” “I think we have a greater distortion and a financial danger sitting out there bigger than ever before.”

According to Fox Business – This year, in an effort to save their businesses, the following retailers will close hundreds of their stores,
Abercrombie & Fitch: 60 more stores are charted to close
Aerosoles: Only 4 of their 88 stores are definitely remaining open
American Apparel: They’ve filed for bankruptcy and all their stores have closed (or will soon)
BCBG: 118 stores have closed
Bebe: Bebe is history and all 168 stores have closed
Bon-Ton: They’ve filed for Chapter 11 and will be closing 48 stores.
The Children’s Place: They plan to close hundreds of stores by 2020 and are going digital.
CVS: They closed 70 stores but thousands still remain viable.
Foot Locker: They’re closing 110 underperforming stores shortly.
Guess: 60 stores will bite the dust this year.
Gymboree: A whopping 350 stores will close their doors for good this year
HHGregg: All 220 stores will be closed this year after the company filed for bankruptcy.
J. Crew: They’ll be closing 50 stores instead of the original 20 they had announced.
J.C. Penney: They’ve closed 138 stores and plan to turn all the remaining ones into toy stores.
The Limited: All 250 retail locations have been closed and they’ve gone digital in an effort to remain in business.
Macy’s: 7 more stores will soon close and more than 5000 employees will be laid off.
Michael Kors: They’ll close 125 stores this year.
Payless: They’ll be closing a whopping 800 stores this year after recently filing for bankruptcy.
Radio Shack: More than 1000 stores have been shut down this year, leaving them with only 70 stores nationwide.
Rue 21: They’ll be closing 400 stores this year.
Sears/Kmart: They’ve closed over 300 locations.
ToysRUs: They’ve filed for bankruptcy but at this point, have not announced store closures, and have in fact, stated their stores will remain open.
Wet Seal: This place is history – all 171 stores will soon be closed.

U.S. wage growth remains slow and uneven, with African-Americans and women still at a clear disadvantage while the wealthiest are accumulating more money than ever, a new analysis of census data shows.
Median real wages grew only 0.2% over the past year, according to a report released Thursday by the Economic Policy Institute, a progressive think-tank. Wages for African-Americans declined in most wage brackets, while women with graduate degrees made less money than men with only college degrees.
By contrast, those in the 95th wage percentile saw an average pay hike of 1.5% over the past year. 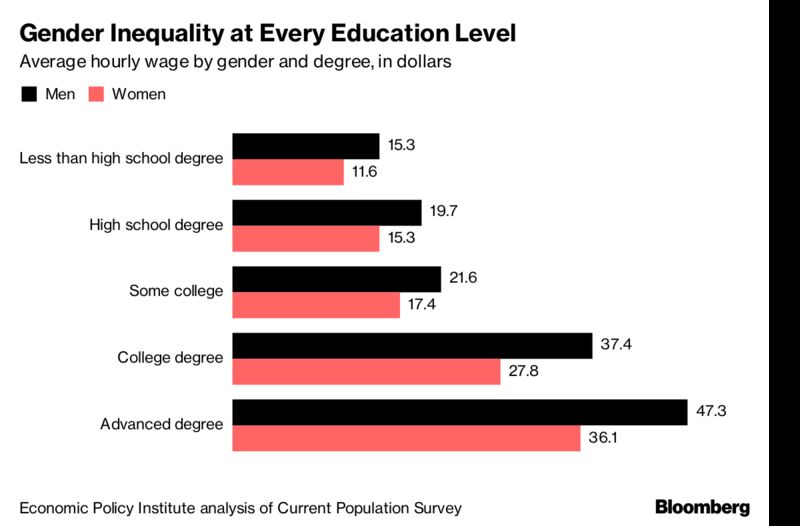 See also  “The Bank Was Saved, and the People Were Ruined.”
See also  This is the kind of thing real Americans do...
873 views

3 thoughts on “MAG: BEZOS WEALTH SWELLS RECORD $39B — IN YEAR! 42% of Americans have less than $10,000 saved; May retire broke; Ron Paul warns market dangers 'bigger than ever'”