It’s official… it’s the beginning of the end for Netflix (NFLX).

As you may have heard, the online video company made a troubling announcement…

This quarter, for the first time ever, it lost American subscribers. Hundreds of thousands of them.

The stock plunged more than 11% on the news.

I’ve been “sounding the alarm” on Netflix’s troubled business since last July when its stock was trading above $400. 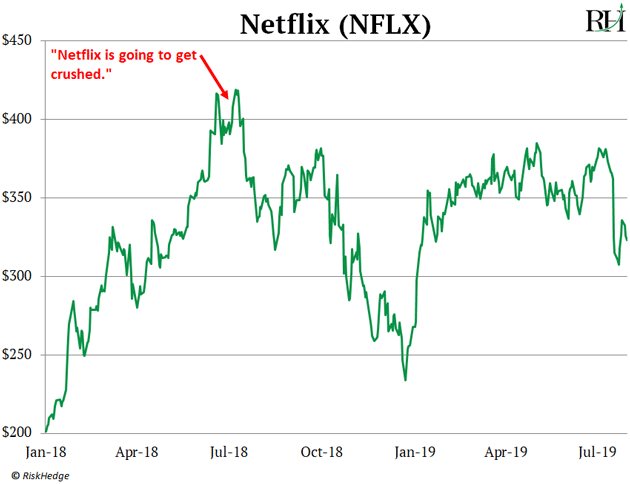 If you own Netflix stock or you’re tempted to go “bargain buying” here, please don’t.

There’s nothing but pain ahead for Netflix. Its stock is likely headed to $225 and dropping below $100 is a real possibility.

Netflix Is a Stock Market “Hall of Famer”

But as I’ve been warning, Netflix’s string of growth is over. These latest results confirm it.

Not only did it lose American subscribers last quarter. It added only 2.7 million subscribers worldwide… less than half the number it added in the same quarter last year.