On Wednesday, April 17, 2019, the New York City Police Department (NYPD) tweeted that around 7:55 pm that evening, “a man walked into St. Patrick’s Cathedral in Manhattan with gas cans and lighter fluid,” and was apprehended by NYPD without incident.

Below is a pic of the gas cans and lighter fluid: 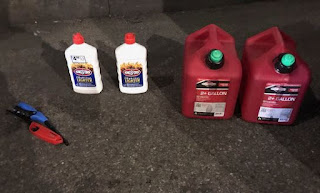 The man was identified by NYPD as Marc Lamparello, 37, a Ph.D. student at City University of New York (CUNY).

Lamparello was apprehended by cathedral security around 8 p.m. and taken into police custody by officers with the NYPD Critical Response Command for attempting to start a fire using a lighter. He had a car nearby to escape the scene. He was recently arrested for refusing to leave a church in Newark, New Jersey, as it was closing, and charged with criminal trespassing and resisting arrest.

According to the NYPD, about 90 minutes before Lamparello tried to enter St. Patrick’s Cathedral, he pulled up to the church in a minivan, wandered around for about an hour, then took out of his car four gallons of gasoline, two cans of lighter fluid, and lighters. At around 8 p.m., Lamparello tried to enter the cathedral with the gasoline and lighter fluid, but was prevented from entering by cathedral security. He spilled some of the gasoline on the floor as he was leaving. Police said his intent with the items he was found with seemed to be to “set a fire.”

READ  How to Start Advertising on Amazon

NYPD said that Lamparello’s story was “not consistent” and suspicious, though they have not yet determined any sort of motive. He claimed he cut through the cathedral as a shortcut, as his van had run out of gas, but the minivan had in fact not run out of gas, which led to police taking him into custody. Lamparello was reportedly cooperative. 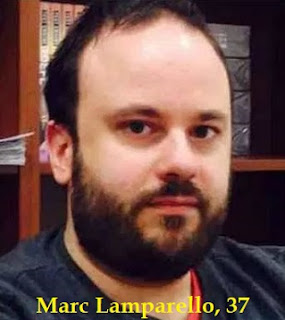 On Thursday, April 18, Lamparello was charged with second-degree attempted arson, second-degree reckless endangerment and trespassing. The investigation is ongoing and it is not clear if he could face additional charges.

NYPD have confirmed that Lamparello had recently purchased a one-way airplane ticket from Newark Airport to Rome, Italy, scheduled to depart the next evening (Thursday).

Police described Lamparello as “emotionally disturbed”. When asked if police believe the incident to be terrorism, Deputy Commissioner John Miller said at a briefing: “It’s too early to say that. It’s hard to say what exactly his intentions were. But I think the totality of circumstances of an individual walking into an iconic location like St. Patrick’s Cathedral, carrying over four gallons of gasoline, two bottles of lighter fluid and lighters is something that we would have great concern over. His story is not consistent. So he is in conversation with detectives right now. I think if you add to that the events in the iconic location, the fire of Notre Dame this week and all the publicity around that.” Miller said Lamparello did not mention the Notre Dame fire during his initial interaction with officers.

Lamparello graduated in 2004 from Boston College, a Jesuit school. Since then, he has been a philosophy instructor at several universities, including Seton Hall University in New Jersey, a diocesean Catholic school administered by the Archdiocese of Newark. He previously worked as a music director for a Catholic parish in New Jersey. According to a bio for a recently published book he wrote, “Marc has been heavily engaged in the study of philosophy from an early age, and is currently working on two other book-length projects, including a witty dialogue on arguments for and against the existence of God, and a series of essays on the epistemology of practical motivation.”

His brother, Adam Lamparello, told the Daily Beast he was “shocked” to hear of Marc’s arrest, and said “this is something that is so not him.”

On Tuesday, Cardinal Timothy Dolan of New York City had expressed concern for the safety of St. Patrick’s Cathedral, which, like Cathédrale Notre-Dame de Paris, also has a wooden roof. Dolan said: “I thought of St. Patrick’s. I said, ‘Oh my Lord, are we safe?’ Thank God the FDNY has been extraordinarily vigilant and helpful, because we’ve got a wooden roof too,”