With the Express in the hands of the far left it is one less voice for those who are on the conservative side of things. The left want to silence opposition to their Marxist cause and the Express was one of the last bastions of free speech. 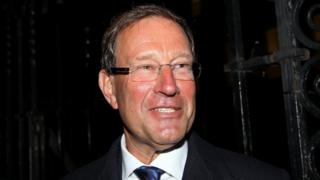 The owner of the Daily Mirror has agreed to buy the company behind titles including the Daily Express, the Daily Star and magazines such as OK!

Trinity Mirror is to pay £126.7m for the publishing assets of Northern & Shell, which is chaired by Richard Desmond.

Sale talks were announced in September, but a deal between the two has been on the cards for some time.

The sale brings to an end Mr Desmond’s 18 years as a UK newspaper owner.

Speaking to the BBC’s Today programme, he said: “It’s a very wise investment. We’ve had plenty of time to think about this carefully.”

He said the deal would lead to cost savings, as the titles could pool their resources. “For example, [instead of] sending two reporters to a football game, we can send one.” Trinity Mirror expects the deal to lead to savings of £20m a year.

www.bbc.com/news/amp/business-42991304?__twitter_impression=true
This is the sort of thing we have as news. Just now on Sky News..
Polly Toynbee: “Soros is a remarkable man who’s promoted democracy round the world.” Then went on to slag off Hungary for treating him with disrespect.