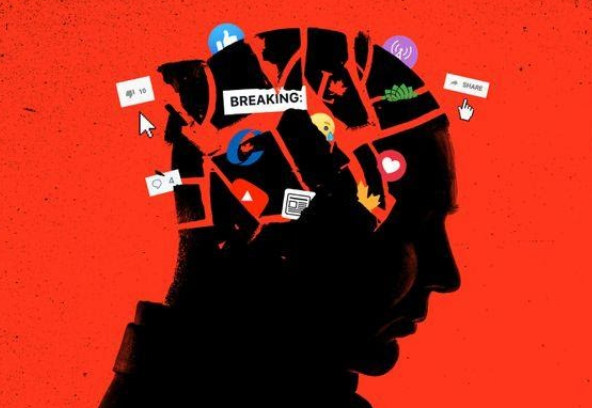 Here’s a quick word from “US Health Expert” Toni Fauci, who is once again in full attack mode, blaming unvaxxed people for the utter failure of his vaccine agenda:

It’s really just amazing that this guy has been so wrong about pretty much everything he’s said and he’s still considered “an authority.”

However, the vaxx agenda is rolling like a Soviet tank in Berlin, circa 1944:

As cases of the Delta coronavirus variant have risen and vaccination rates slowed, several US businesses and institutions have announced they will now require vaccinations from employees.

What if they’re not vaccines?

I don’t mean in the conspiracy sense.

If they’re therapeutics, no one can be forced to take them. Not without an individual court order and finding of incompetency.

2/ AND THESE MRNAs LOOK LESS LIKE VACCINES EVERY DAY.

They don’t confer lifetime or long-term immunity like nearly all other vaccines.

They don’t appear to reduce transmission significantly like nearly all other vaccines.

3/ At best they reduce disease severity.

THAT’S WHAT THERAPEUTICS DO.

So how are they – legally – vaccines? Because they use your immune system to attack disease?

That’s how half of new cancer drugs work.

AND IF THEY’RE NOT VACCINES YOU DON’T – EVER – HAVE TO TAKE THEM.

Now, here is what’s currently called “scientific dogma”, straight from “Science” itself, and if you claim “it ain’t so” you’re a racist and you want to kill grandma:

Are you not entertained?

Nothing makes sense, because it’s not supposed to make sense.

It’s all-out psychological war on the population, to make you confused and compliant with the globalist agenda: everybody must be vaxxed with DNA altering substances, and the vaxx passport must be implemented at all costs.

They are preparing new lockdowns this fall, recycling the same BS stories from last year:

The statewide rate of transmission is currently 1.43. pic.twitter.com/ZsnegBThzQ

See also  DeSantis Blasts Fauci, DC for Lying To The Public About Treatments

Remember the masks were not to protect you, but to protect others from you. Therefore the only way everyone is protected is for everyone to wear masks, two of them eventually.

The same goes now for the so-called vaccines. You don’t get the vaccine to protect yourself, you get it to protect others from you. So the only way to protect everyone is for everyone to be vaxxed.

Find a randomized controlled study that proves it.

Then find an FDA certified mask that prevents infection and a manufacturer that does efficacy testing for viral blocking to a military AQL standard.

If you can’t find that, then there is no such thing as a mask that works.

The same goes for vaccines by the way.

Let’s see: Phase 1 trials were skipped completely. Phase 2 trials were rushed and basically non-existent and showed virtually zero benefit over the placebo, and the Phase 3 trial is actually an uncontrolled experiment jabbing people indiscriminately without any ability to report side effects directly to those conducting the trial.

If the FDA grants approval for this vial of death, then the agency should be shut down and every employee held, tried, convicted, and executed for crimes against humanity.

What about the fake PCR test?

One, ten, one thousand? They also didn’t say how many cycles they ran the test for.

We found out that over 90% of PCR positives occurred in individuals that would not have been deemed positive if the test was run under 30 cycles.

We don’t know if these clowns even found anything. If you claim you are looking for “Delta”, you can cycle any test specimen through the machine until it shows a positive for it. Kary Mullis said that once you go above twenty cycles, you’ll find what you are looking for in anything.

Research labs are about one thing and one thing only. Grant money. Covid is the biggest cash cow in the world right now. Any lab claiming they have found a new variant will be showered with cash. If they have to fake the data to get cash, they’ll do it all day long.

The CDC has said that the Covid PCR test is inaccurate because it was based on an incomplete gene sequence, because actual samples of “the virus” were in short supply when the original tests were concocted. The Drosten test method used as the Gold Standard was based on a computer AI simulation of what a novel coronavirus based on a bat infection could be.

In other words, the sequence they used to tell people they were sick didn’t actually exist.

In order to get positives, they had to cycle the test more than 35 cycles. Prior to Covidiocy, any PCR test cycled higher than 30 cycles that failed to find enough genetic material was thrown out. That level of 30 is below the minimum level the “experts” were telling labs to test at.

Labs were claiming positive Covid tests being run as high as 55 cycles.

There are eight circulating corona pathogens that are known to infect humans. The genetic differences between them are very low, 7-10%. How are we to know if the labs aren’t just finding dead particles of any of the known pathogens, claiming they found a variation of covid.?

Most of these labs have no experience in sequencing pathogens. Also don’t tell me all these new lab technicians are immune to mistakes.

The “vaccine” was created to cause the body to produce spike proteins that mimic those in the supposed pathogen. The PCR test is looking for a specific sequence that matches the spike protein from the virus. We have four vaccines that make spike proteins made in a lab.

Each company most likely used different methods to make their synthetic mRNA package. Could the labs just be seeing those spike proteins in the PCR test and mistaking them for Covid variants?

Why is it that the variants didn’t start showing up in a big way until the vaccines started shipping out?

Also there would be no way that a specific variant would show up in dozens of countries at the exact same time, unless that variant was caused by some catalyst that showed up as well.

Here’s another fact: THE SUPPOSED PATHOGEN SARS-CoV-2 HAS NEVER BEEN ISOLATED, PURIFIED, AND SHOWN TO INFECT HEALTHY HUMAN CELLS.

The supposed variants didn’t show up until the trials of the mRNA vaccines. The variants are the synthetic spike proteins created by the cells of people infected with a modified virus.

DID THEY NOT TELL YOU THAT mRNA TECHNOLOGY IS BASED ON A VIRUS?

What is a virus? A virus is a lipid shell that contains a stray messenger RNA strand, which attaches itself to a cell and delivers its RNA payload. This binds with the cell and reprograms it to produce copies of viral cells, which go on to infect more cells.

What is a mRNA vaccine? It is a lipid shell that contains a synthetic mRNA stand, which attaches itself to a cell and reprograms it to produce copies of proteins that mimic the infection of a virus.

The delivery mechanism is the same. Both can make you sick.

The problem with the vaccine is that it cannot be turned off. Your immune system must constantly produce antibodies to counteract the spike proteins, causing autoimmune disease.

We’re quickly finding this out. Guess what? All those people in charge already knew this.

The Masked Covidians who follow the new religion of Covidism, as they can’t have their beliefs questioned.

Covid will continue to rise everywhere unless all people are face diapered, and forbidden from going anywhere.

Any information that calls into question the belief that Covid is everywhere, floating in the air, and infecting you within seconds without a diaper in your face, must be suppressed.

The Covidians must eliminate all true science, because real experimentation will disprove all their beliefs. You must test everyone for Covid, like the thetan detector used in Scientology.

Even newborn babies must be tested, because they are born unmasked.

Like the thetan device in Scientology, the PCR test finds things that aren’t there. But they tell you that you’re infected and must be purged.

You wonder how anyone could be so dumb to believe in Scientology, but then Covid came along and gave a new definition of stupidity.