by Pamela Williams
This is a message of joy and hope as Christians celebrate and worship in their church of choice this Christmas. We have accepted that with every day we are fortunate enough to breathe, we are unfortunate enough to have to deal with the threat of terrorism. We have had hit lists on our military, our police men and women, and some random individuals, but we have never had a hit list on churches. But the whole purpose ISIS has is to terrorize us, make us afraid to live, go out our doors, and now afraid to attend Church at Christmas and the Holidays. But Americans won’t let it stop them from their worship and love of God…most of all their faith in God. 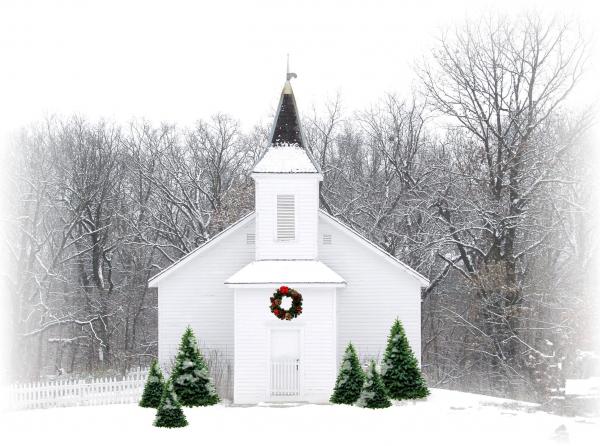 The Islamic State published the names and addresses of thousands of churches in the United States and called on its adherents to attack them during the holiday season, according to a message posted late-night Wednesday in the group’s “Secrets of Jihadis” social media group.
A user going by the name of “Abu Marya al-Iraqi” posted an Arabic-language message calling “for bloody celebrations in the Christian New Year” and announced the group’s plans to utilize its network of lone wolf attackers to “turn the Christian New Year into a bloody horror movie.”

The list turned up in more than one post, along with the admonition to also spread the hate around to different congregations of people, according to Vocativ:

In another group post, a member summoned “the sons of Islam” to target “churches, well-known hotels, crowded coffee shops, streets, markets and public places,” and shared a list of addresses in the United States, as well as in Canada, France and the Netherlands.
I have tried my best to get to the actual list, but it would be in Arabic anyway.  It makes me question how these groups can post these things online and get away with it.  I thought they were going to crack down on this, but I guess not.  Further I found out in some my research the FBI and CIA are not permitted to look at these postings.  That makes no sense at all.  If had been willing to go deeper into the low realm of the Net I might have penetrated the site.  However, it was not worth my name being put on a list or my computer hacked.
It is the CYBER CALIPHATE who puts together all of these kill lists, and they are able to hack into all the information they please.  I think they will continue to make their lists in an attempt to terrorize all Americans, but we must continue to go forward with the armor of God’s protection.
The series of messages appeared on Telegram, a messaging app that allows users to send encrypted messages to one another. The group also uses social media to provide instructions on constructing and igniting explosives.
Another post urged followers to attack churches, hotels, crowded coffee shops, streets, markets and public places and provided some examples in the U.S. Canada, France and the Netherlands, Vocativ said.
The SITE Intelligence Group has cited similar Islamic State postings in recent days. The Islamic State claims one of its “soldiers” carried out an attack Monday at a Christmas market in Berlin that killed 12 people. A global manhunt is underway for suspect Anis Amri, 24, a Tunisian national.
Cities across the U.S. have bolstered security around holiday events following the Berlin attack.
In New York and Chicago, law enforcement officials said police presence has been increased for holiday events despite no intelligence that indicates specific threats to their cities. In Boston, Mayor Martin Walsh said the city deployed police and put barriers in place around the Boston Holiday market.
I think everyone will be fine, as we are ready for them, and I am sure most churches will be packed with heat today and throughout the Holidays  It is a shame we have to live that way, but it is the world we now live in.
But we also live in a beautiful world with stain-glass windowed churches covered softly with snowflakes…snowflakes unidentical to the other.  Now that is a miracle…each snowflake that falls, hits the nose of a child…no two are alike.  Children are living in a magical world at Christmas, and we want to protect them from ever thinking the  world is anything but magic.  But we cannot escape reality, so we each must control how we react to that reality…teaching our children to do the same.  It is ultimately up to us to retain control of our actions and to our reactions in a world both beautiful but deadly.
We can do it, because we are the Holy children of God, and so are all the children in this Holy World.  As God’s Holy Children we will always know what to do at a moment’s notice.  We just have to believe, and it will come.  Have a Holy Day and a Silent Night.

18 thoughts on “MERRY CHRISTMAS! STAY SAFE AS YOU CELEBRATE CHRISTMAS. ISIS Has Put Out A Holiday HIT LIST On Churches In All 50 States.”