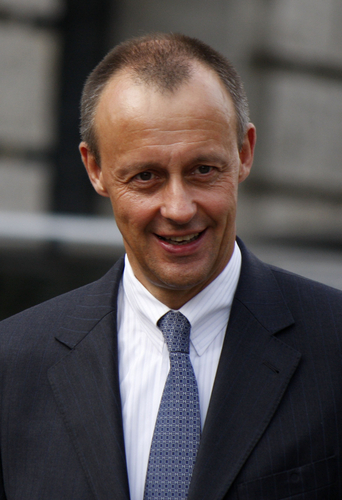 Friedrich Merz is the anti-Merkel who is standing for election in December to replace her as head of the CDU. Merz is also chairman of Blackrock there in Germany. He has been a German lawyer and politician of the center-right Christian Democratic Union (CDU). He served as a Member of the European Parliament 1989–1994, a member of the Bundestag 1994–2009, and as the chairman of CDU/CSU parliamentary group 2000–2002. In 2018 he announced his candidacy in the CDU leadership election in December 2018. Merz has described himself as socially conservative and economically liberal which means he is pro-business. He supports the European Union and NATO but sees the link to the United States as critical.

READ  Insider: Oil & Gas Executives Now Admitting That They Will Have To Replace Workers Who Received The Covid19 Death Shot Within 3 Years!
READ  US Department of Justice to crackdown on post-election audits

Meanwhile, Merz described himself as “upper middle class” yet he earns 1 million euros a year and has two private jets – not one. The rumor is Goldman Sachs is in its Crash & Burn mode for paying bribes and Blackrock will replace it as the most powerful financial institution in the world.