Trump must be gloating in ecstasy. Not because of the failure that is Robert Mueller — his Report is still a damning document of crimes by Trump—but because Trump understands the power of the visual, and he understands that the Dems aren’t street fighters and that’s why he’ll win 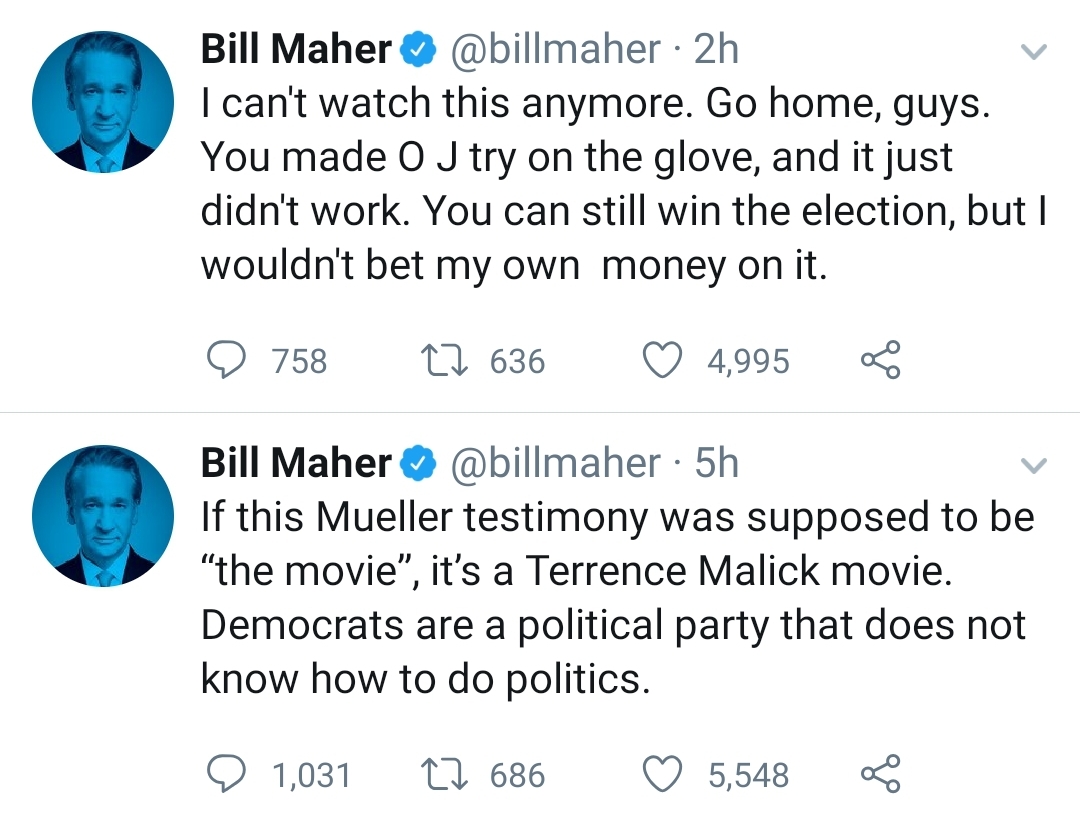 Even Michael Moore agrees that the Dems and Mueller blew it! t.co/ZFPb50vi4v

A frail old man, unable to remember things, stumbling, refusing to answer basic questions…I said it in 2017 and Mueller confirmed it today — All you pundits and moderates and lame Dems who told the public to put their faith in the esteemed Robert Mueller — just STFU from now on