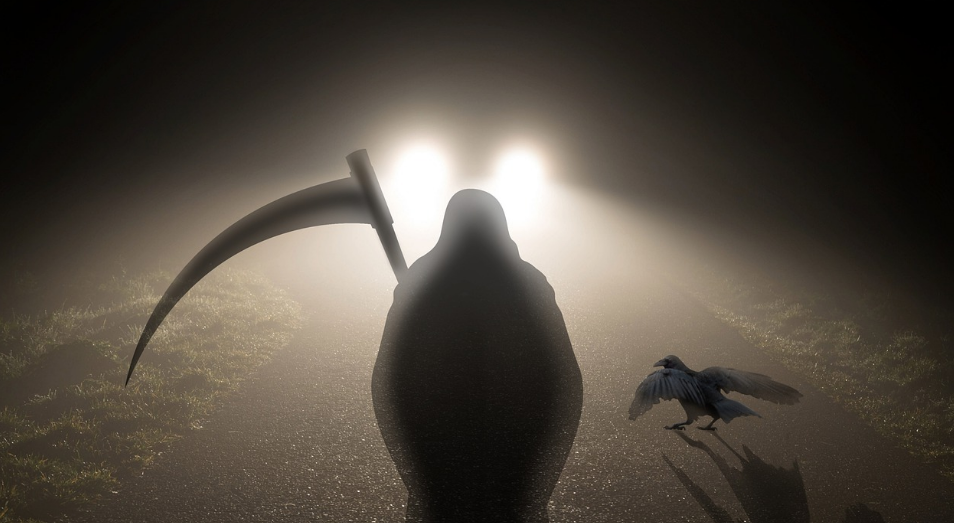 Is this going to be the next great global pandemic?  When I first wrote about this monkeypox outbreak exactly one week ago, there were just three cases and all of them were in the UK.  Now here we are just seven days later, and there are confirmed or suspected cases in 17 different countries.  If you are still not familiar with monkeypox, it has been described as a less deadly cousin of smallpox.  In the 20th century, smallpox killed more than 300 million people, and so we definitely do not want to see a smallpox outbreak ever again.  Thankfully, the death rate for monkeypox is much lower.  But it still has the potential to kill lots of people, and so hopefully authorities can find a way to contain this outbreak before it spirals out of control.

At this point, countless numbers of people could already be carrying monkeypox without even knowing it.  We are being told that it has an incubation period that ranges from 5 to 21 days, and so that means that someone could potentially be spreading it for weeks before serious symptoms show up.

Some of the early symptoms include fever, headaches, and shortness of breath.

But then extremely ugly fluid-filled skin sores start showing up, and these sores can appear all over the body.

It truly is a horrifying disease, and the death rate in humans can be as high as 10 percent.

The death rate for COVID is well under 1 percent, and that disease threw the entire globe into a state of chaos for two solid years.

So just imagine what would happen if monkeypox becomes a global pandemic.

Just a few hours ago, the BBC explained that the number of countries with confirmed or suspected cases had risen to 15…

Israel, Switzerland and Austria are the latest countries to confirm cases of monkeypox, bringing the total number of nations reporting outbreaks to 15.

Israel and Switzerland both said they identified one infected person who had recently travelled abroad. Israel is investigating other suspected cases.

But since then two more countries have been added to the list to bring the grand total to 17.

This outbreak is moving so quickly, and nobody is exactly sure what is going to happen next.

Anticipating the worst, Belgium has become the very first nation in the world to institute a mandatory quarantine for anyone that tests positive…

Those who contract the virus will now have to self-isolate for three weeks, Belgian health authorities have said, after three cases were recorded in the country.

And if things get bad enough, could we soon see “monkeypox lockdowns” all over the globe?

Let’s hope not, because that would be a nightmare.

This outbreak is a great mystery to health authorities, because usually monkeypox has a difficult time spreading from person to person.

But now this current strain seems to behave differently, and one official in the UK is openly admitting that “community transmission” is actually taking place…

It comes as Dr Susan Hopkins, a chief medical adviser to the UK Health Security Agency, today also warned that monkeypox is spreading through community transmission in the UK with more cases being detected daily.

Sajid Javid yesterday revealed another 11 Britons had tested positive for the virus, taking the total to 20.

The cases include a British child currently in a critical condition at a London hospital, while a further 100 infections have been recorded in Europe.

Could this outbreak soon explode to such a level that it will turn all of our lives completely upside down like COVID did?

At this point, we just don’t know.

But our leaders are certainly acting as if they believe this will be something big.  For example, Joe Biden is warning that this outbreak is “something that everybody should be concerned about”…

Asked about the outbreak as he finished a visit to South Korea, US President Joe Biden said that if the virus were to spread more widely it would be “consequential”, adding that “it is something that everybody should be concerned about”.

The situation is evolving and WHO expects there will be more cases of monkeypox identified as surveillance expands in non-endemic countries. Immediate actions focus on informing those who may be most at risk for monkeypox infection with accurate information, in order to stop further spread. Current available evidence suggests that those who are most at risk are those who have had close physical contact with someone with monkeypox, while they are symptomatic.

So we shall see what happens.

Personally, I am extremely concerned about this turn of events.  As my regular readers already know, I have been watching for this exact type of outbreak for the last couple of years.

Meanwhile, there is another outbreak which has just erupted in Iraq that I am going to be closely monitoring as well.

According to a top Iraqi official, there have been 90 confirmed cases of viral hemorrhagic fever, and 18 of those have already died…

The Spokesman of the Iraqi Ministry of Health and Environment, Saif Al-Badr, announced on Saturday that “there is a dangerous rise in viral hemorrhagic fever (VHF) cases in Iraq.”

Al-Badr explained that the “number of infected people by VHF has so far reached 90 cases throughout Iraq,” and that 18 VHF-related deaths have already been recorded in the country.

“The number of infected people will continue to increase because we have already registered many suspected cases,” he added.

After the events of the past two years, the population of the world is so vulnerable right now.

If another great pandemic does break out, it could easily rip right through much of the global population.

And if large numbers of people were to start dying, the level of fear would be off the charts, and governments around the planet would likely respond by instituting lockdowns that are even stricter than what we witnessed for COVID.

My hope is that such a horrifying scenario can be avoided.

So let us hope for the best, but let us also do what we can to prepare for the worst.