Multilevel Marketing (also called Network Marketing) is a business system that allows you to connect a consumer and a producer of goods or services through a network of independent clients-entrepreneurs who represent the best and fastest growing system for disseminating information about goods and services.

Thanks to the Multilevel Business concept, any company can rapidly increase their sales turnover and receive high profits because Multilevel Marketing can generate consumer demand and, therefore, generate sufficiently high profits for the company.

Thanks to this concept of entrepreneurship development, a huge number of people who do not have enough funds or have low income can join the ranks of independent entrepreneurs in Multilevel Business, learn how to do multilevel marketing, grow up the career ladder from a novice company partner to a top leader with a substantial weekly income practically without investing anything or with quite a small investment, and build a large international business using Internet technologies.

Such entrepreneurs take training courses on their own investing mainly in their education, building a business and creating extensive networks that for many leaders in Multilevel Business can be as large as 10,000-50,000 clients or more.

Many top leaders create a network of clients and partners numbering over one to ten million people in two to five years. Thanks to Internet technologies, social networks and opportunities offered by modern communication technologies such as Facebook, Telegram, Instagram, some top leaders in this industry are able to create client networks of more than 100 million people.

In almost all companies that use the concept of making sales through network business professionals 15% to 50% of the sales amount is paid into the network depending on what goods or services these companies work with.

Many companies use small marginal profits and share part of the profits with their affiliate network, mainly through Affiliate Marketing, which also entails a multilevel network for disseminating information on the sale of goods and services.

You can put it this way, Multi-level Marketing is the best system for disseminating information where companies pay for the actual work performed and sales made by giving a commission percentage of the sales volume compared to conventional advertising, both online and offline. Multilevel Marketing has huge advantages, which is why recently many new companies or those who are experiencing difficulties in distributing their goods and services have sought help from companies that specialize in Multilevel Marketing.

Due to the fact that over the past ten years Multilevel Business has gained significant popularity, many companies in the investment sector have also begun to apply this sales technique in their sector as well. Of particular notice is the fact that the traditional financial sector and organizations therein failed to adopt new financial technologies. Multilevel Marketing has quickly found its way to the Cryptocurrency sector and Blockchain Development Sector through Crowdfunding and Crowdinvesting. Many new companies when implementing blockchain technologies and cryptocurrency technologies are increasingly using Multilevel Marketing and Affiliate Marketing.

Because the crypto industry has applied Affiliate and Multilevel Marketing, the Crypto-Currency Market and blockchain technologies have experienced rapid development and from 2010 to 2020 have seen an increase of their turnover of more than $1 trillion.

It is safe to say that from 2021 to 2030 Multilevel Crowd Investing will become the most popular development trend for the entrepreneurial class both in terms of the development of new companies in need of bringing new products and services to the market, and the Financial and Investment Sector applying or already moving to blockchain technologies and the Crypto Industry.

Multilevel Crowdinvesting will be very popular among people who would like to have an additional continuously growing source of income, which can grow into entrepreneurial income, and the affiliate networks that will disseminate information about investment programs and offers will be able to become co-owners of advanced technologies, which will help them generate investment income and become Crowdinvesting Millionaires and even Billionaires.

Thanks to Multilevel Crowdinvesting, billions of people in the world will be able to have constantly growing sources of income, pay taxes to the local and central budgets and, most importantly, stimulate the economic growth of both their countries and the world economy in general. Because many companies operate globally, people and companies around the world are now able to disseminate information in every corner of the globe, either via Internet technologies or through offline work, to each client-entrepreneur in a given country, city or town.

Thanks to the concept of Multilevel Crowdinvesting, many financial problems can be solved both globally and locally across the entire world community.

However, this wonderful concept of entrepreneurship development has given birth to many companies that have acted in bad faith towards both their customers and partners, and entrepreneurs in need of quick distribution of their goods and services.

Also, in ten years from 2010 to 2020, a huge number of clients, investors, partners who supported innovative technologies have been deceived. Because people didn’t have proper education, they believed the words and promises that companies and company managers fed them; moreover, they misled MLM leaders and top leaders and as a result people have lost billions of dollars worldwide. Why did this happen?

The first reason is poor management of companies whereby many managers and owners of newly-made companies using new technologies often get large capital at their disposal and simply misuse or misallocate it, which translates into financial mismanagement.

A new decade is coming and bringing a new approach to the fintech and cryptocurrency industry, which implies:

However, such regulation and licensing should not be too complicated to avoid that an entrepreneur would spend too much time getting such permits to be able to start working.

Such regulation and licensing should encourage entrepreneurs and businesses to transparency to avoid fraudulent schemes and help investors and clients as well as businesses conduct absolutely legal activities and be protected against both fraudulent companies and excessive pressure from regulatory agencies.

Thanks to the concept of Multilevel Crowdinvesting, the next ten years from 2021 to 2030 may become the best decade of the 21st century for the development of innovative trends across all sectors of business and entrepreneurship development whereas the financial problems of common people and the entrepreneurial and business class in a given country and on the globe in general will take the back seat thanks to the rapid and economic development of cities, countries and continents to be enjoyed by anyone who is in the ecosystem of the new progressive development of the New Economic Evolution of the World.

– Author of the Multilevel Crowdinvesting Development Concept and

– New Economic Evolution of the World 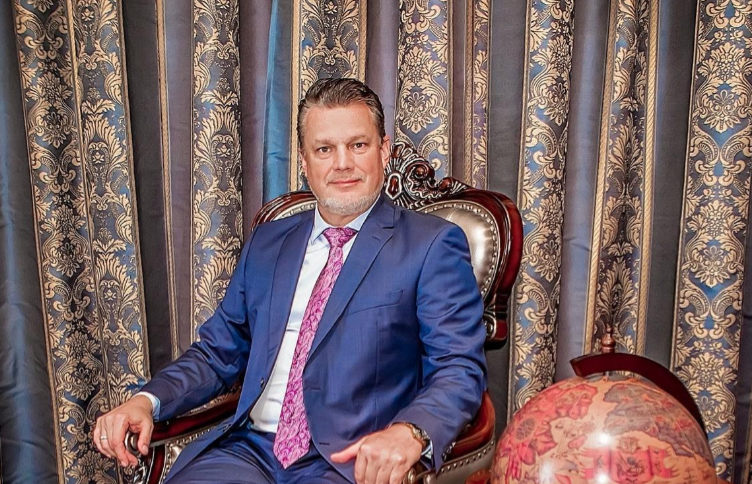