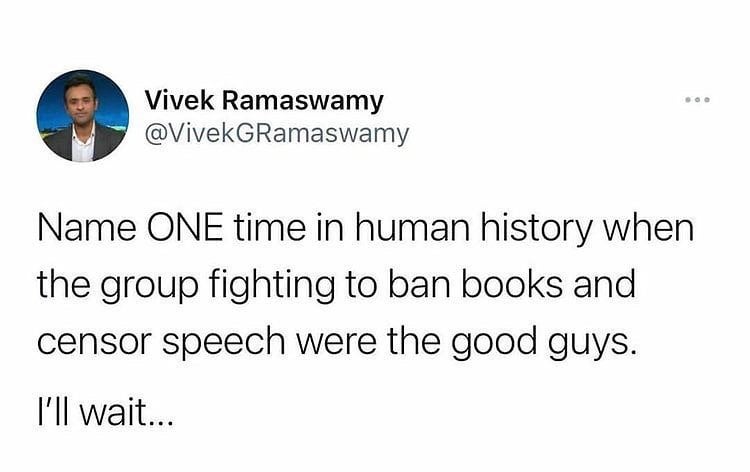 HISTORICALLY, IT’S NOT GENERALLY THE GOOD GUYS STANDING FOR CENSORSHIP AND BOOK-BURNING: Democrats’ sneak attack on the free press.

Democrats’ hot new idea for responsible dialogue is to muscle cable and satellite providers to drop Fox News and other outlets they dislike.

In the runup to a House hearing this week, Reps. Anna Eshoo and Jerry McNerney (both D-Calif.) sent out letters to a dozen providers to silence conservative channels, demanding to know the “ethical or moral principles” behind “disseminating misinformation to millions.”

Federal Communications Commissioner Brendan Carr called out the “concerted effort by Democrats to drive political dissent from the political square.”

Indeed: At the actual hearing, the subcommittee chief, Rep. Mike Doyle (D-Pa.) gave the real agenda away: “More free speech just isn’t winning the day over the kind of speech that we’re concerned about.”

FIGHT THE POWER, STICK IT TO THE MAN: Principal who criticized Big Tech censorship sues school district for suspending him.