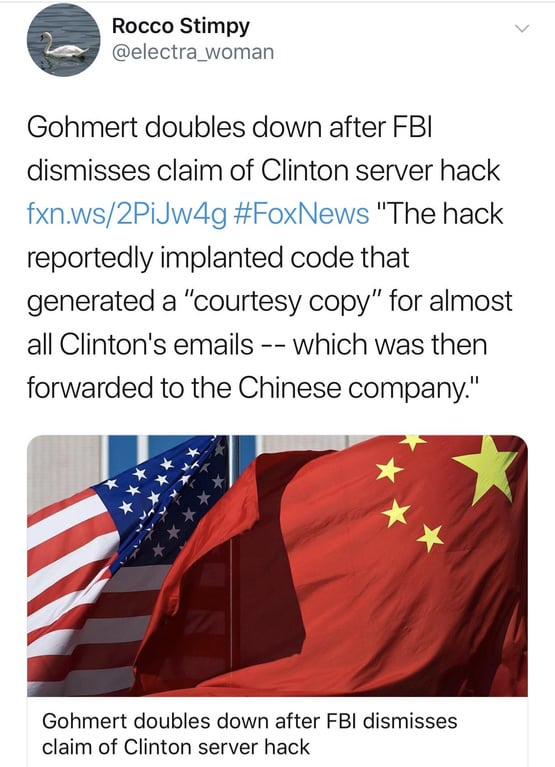 ‘[P]artisan politics, sadly, are very much at play within some of the leadership at the FBI,” the Texas congressman said in a statement late Wednesday.

The Daily Caller first reported that the FBI was notified of the purported hack in 2015, when the Intelligence Community Inspector General (ICIG) warned the bureau of the intrusion. The hack reportedly implanted code that generated a “courtesy copy” for almost all Clinton’s emails — which was then forwarded to the Chinese company.

A source briefed on the matter confirmed to Fox News the details of the Caller’s reporting. Gohmert also had told Fox News on Tuesday that the emails were obtained by a foreign country’s intelligence, though he declined to name the country in question.

But on Wednesday, the FBI sharply disputed the claims, saying it “has not found any evidence the servers were compromised.”

In his overnight statement, Gohmert argued it was the ICIG — not the FBI — that discovered the breach. He said the FBI conveniently omitted that detail.