New dawn in cancer war: Scientists to develop revolutionary drugs to stop tumours resisting treatment under £75m programme that will be the ‘best chance yet’ of beating the disease

A treatment revolution that could reduce cancer from a killer disease to a chronic condition is announced by British scientists today.

They will develop new drugs under a £75million programme that is the ‘best chance yet’ of beating the illness.

Instead of ‘shock and awe’ chemotherapy, with its cruel side effects, they will target ways of stopping cancer cells resisting treatment. In combination with existing medication, tumours will either be beaten completely or their growth limited to allow patients to live much longer. 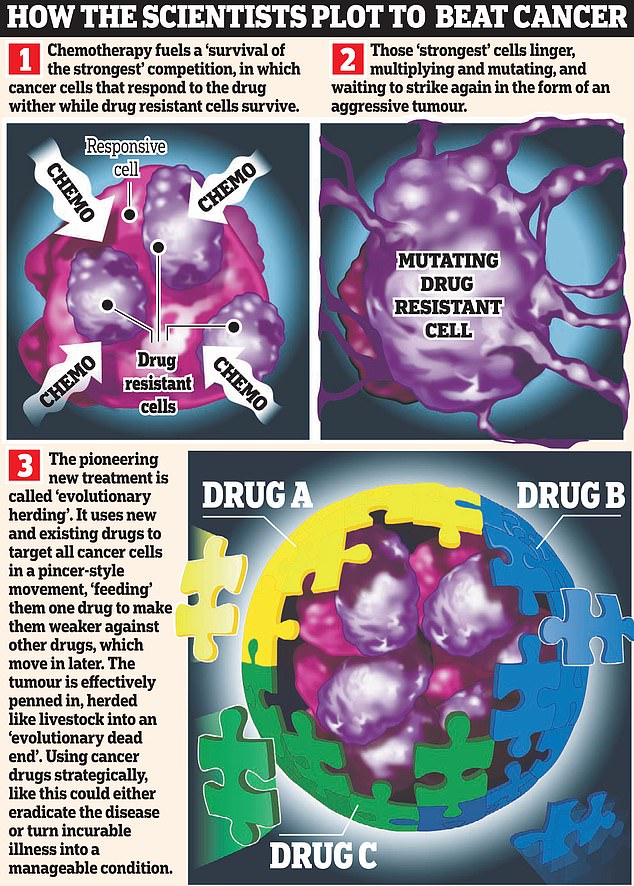 Cancer could be ‘CURED’ in the next 10 years, scientists reveal — thanks to new drugs

CANCER could be “cured” within a decade, top UK scientists claim.

They say new drugs will keep tumours in check and stop them being fatal.

The new drugs mean cancer could be managed as a long-term illness like HIV or asthma.

Patients would take a combination of pills to stop the disease killing them, scientists say.

Cancer is so lethal because it adapts and stops responding to drugs — so tumours grow, spread and become incurable.