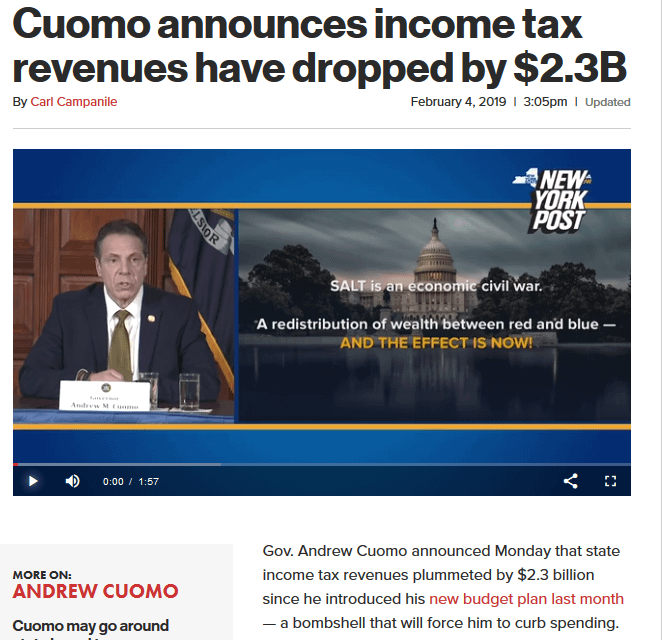 Gov. Andrew Cuomo announced Monday that state income tax revenues plummeted by $2.3 billion since he introduced his new budget plan last month— a bombshell that will force him to curb spending.

Cuomo attributed the revenue drop in December and January largely to the new federal tax code, as well as volatility in the stock market and other uncertainties.

“That’s a $2.3 billion drop in revenues. That’s as serious as a heart attack. This is worse than we had anticipated,” the governor said in Albany.

“This reduction must be addressed in this year’s budget.”