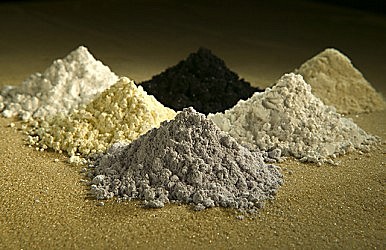 The value of North Korea’s untapped minerals would be enough to pay every one of Earth’s seven billion people more than $1000.
Scratching the surface of the secluded nation reveals vast deposits of more than 200 minerals including magnesite, zinc, copper, limestone, molybdenum, iron and gold worth more than $7 trillion, Quartz reports.
****
Below the nation’s mostly mountainous surface are vast mineral reserves, including iron, gold, magnesite, zinc, copper, limestone, molybdenum, graphite, and more—all told about 200 kinds of minerals. Also present are large amounts of rare earth metals, which factories in nearby countries need to make smartphones and other high-tech products.
Estimates as to the value of the nation’s mineral resources have varied greatly over the years, made difficult by secrecy and lack of access. North Korea itself has made what are likely exaggerated claims about them. According to one estimate from a South Korean state-owned mining company, they’re worth over $6 trillion. Another from a South Korean research institute puts the amount closer to $10 trillion.

North Korea has prioritized its mining sector since the 1970s (pdf, p. 31). But while mining production increased until about 1990—iron ore production peaked in 1985—after that it started to decline. A count in 2012 put the number of mines in the country at about 700 (pdf, p. 2). Many, though, have been poorly run and are in a state of neglect. The nation lacks the equipment, expertise, and even basic infrastructure to properly tap into the jackpot that waits in the ground.


A U.K.-based private equity firm has found the largest rare earth oxides deposits in the world in North Korea, according to statements by the company.
The British firm, SRE Minerals Limited, announced the results of its assessment of North Korea’s deposits last month. Most notably, the company said that it estimates that the Jongju deposit holds 216 million tons of rare earth oxides, which includes light rare earth elements (REEs), heavy REEs, and rare earth minerals. According to Voice of America, this would more than double the current global stockpiles of rare earth oxides, which the U.S. Geographical Survey recently estimated at 110 million tons.
Rare earth elements are used in many sophisticated technologies from cell phones to guided missiles. Although they are not especially rare, China controls upwards of 90 percent of the market due to its more lax regulations than Western countries in mining REEs. At times China has shown an inclination to use its near monopoly on REEs to exert leverage over other countries in political disputes.
It has long been known that North Korea sits on top of significant REE reserves, among other minerals, however SRE Minerals’ estimate is significantly higher than previously thought. Theoretically, the discovery could break China’s stranglehold on the REE market, as North Korea would have over six times the amount of REEs as does Beijing. Moreover, environmental regulations and labor conditions would not be a factor in mining them in North Korea, as they are in many developed countries.
thediplomat.com/2014/01/north-korea-may-have-two-thirds-of-worlds-rare-earths/

The value of North Korea’s untapped minerals would be enough to pay every one of Earth’s seven billion people more than $1000.

Scratching the surface of the secluded nation reveals vast deposits of more than 200 minerals including magnesite, zinc, copper, limestone, molybdenum, iron and gold worth more than $7 trillion, Quartz reports.

Despite the vast swathes of riches buried beneath the nation’s bedrock, taking advantage of them has become difficult.