Ask yourself how the Chicago Tribune got that stuff so fast. Random Hackers or NSA/Intel leak. They have it all! Might not be addmisable in court the way it was released, but sure as fuck can cause resignations and a re-examining of bringing charges by another person put in charge.

Once again the deep state court of public opinion they love so much used against them.

Prediction: Smollett case will lead to a rabbit hole of corruption and unexpected exposure

The city of Chicago is a particular kind of beast. Do you really think they are going to let this slide? Even Rahm is upset. Jessie is a black man with more privilege that most white people. Think about it.

FOP renews calls for investigation into Foxx ‘interference’ in Smollett case
chicago.suntimes.com/news/fop-federal-investigation-kim-foxx-interference-jussie-smollett-police-johnson-rahm-emanuel-react/
“The conduct of her office from the very beginning of this cases was highly, highly suspicious,” Martin Preib, the FOP’s second vice president, told the Chicago Sun-Times.

The Fraternal Order of Police calls for federal investigation into Kim Foxx’s handling of Smollett investigation. CPD says their case against #JussieSmollett was solid and should have gone to court. @ABC7Chicago 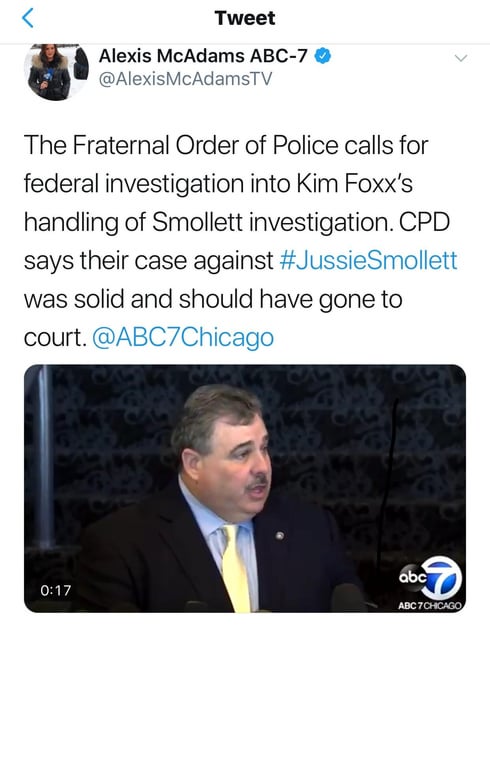