11:02:22, FBI Employee: “All the people who were initially voting for her would not, and were not, swayed by any decision the FBI put out. Trump’s supporters are all poor to middle class, uneducated, lazy POS that think he will magically grant them jobs for doing nothing. They probably didn’t watch the debates, aren’t fully educated on his policies, and are stupidly wrapped up in his unmerited enthusiasm. 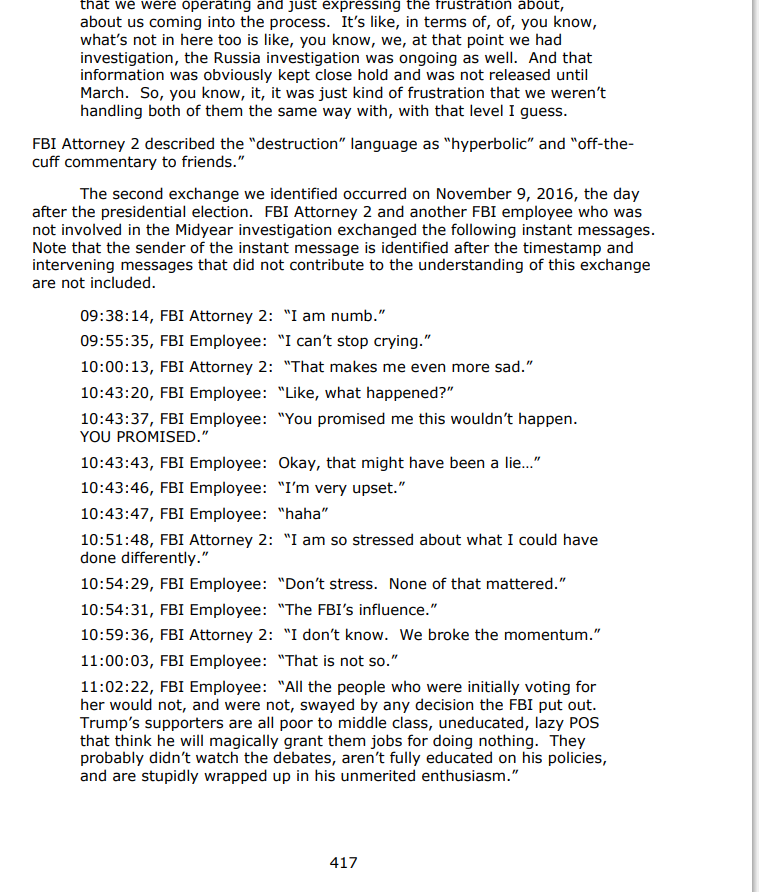