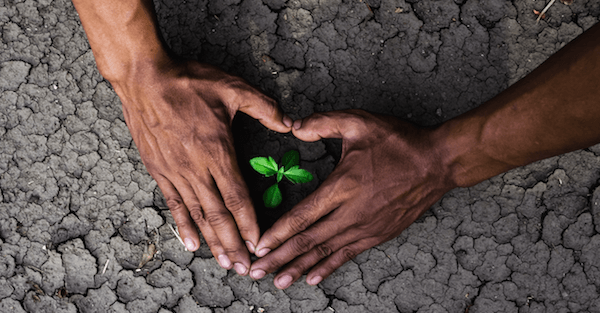 On Monday, I shared a recording from aboard the Investor Summit at Sea, hosted by my friends, the Real Estate Guys.

This is one of the only conferences I attend each year as a speaker. And that’s because I get so much value from the other speakers and attendees – guys like Chris Martenson, Adam Taggart, Robert Kiyosaki, Peter Schiff and G. Edward Griffin.

Yesterday, I was on a panel with Peter Schiff, Chris Martenson and Adam Taggart. And I recorded the discussion for Sovereign Man readers who couldn’t be there in person.

This panel largely centered around agriculture.

As you probably know, I’ve got some experience in the industry… I took thousands of acres of bare, central Chilean land and transformed it into farmland that will soon yield one of the world’s largest blueberry and walnut crops.

But, our discussion didn’t center on my personal experiences with agriculture.

Instead, we dug into agriculture’s global supply and demand fundamentals.

200,000 people a day are coming into the world each day. And they all require food. Also, the number of calories being consumed per capita worldwide is increasing.

On top of that, as developing countries like China and India get richer, the quality of the calories they consume changes – from beans, rice and veggies to more meat (which requires far more resources to produce).

And while demand for food is soaring, arable farmland is on the decline.

This is one of the most important problems of our day. And it’s not an easily solvable one.

We also touch on geopolitical risks like water rights and the economics – and risks – of farmland investments in developing countries (another topic I know well).

A lot of folks say we won’t have a global food shortage because we can just start farming in Africa. But I’m sorry to say that’s not the solution.

It takes a tremendous amount of logistics to produce and transport food. And Africa just doesn’t have it.

In today’s difficult financial and economic climate, there’s a lot to focus on… and to be wary of.

Agriculture’s growing global supply and demand imbalance is one of the trends that certainly has my attention. But even with favorable fundamentals, just like with other asset classes, you can make some major mistakes when investing in this space.

I also closed out the panel by asking everyone what they’re doing with their own money. You’ll want to hear what these smart guys have to say.