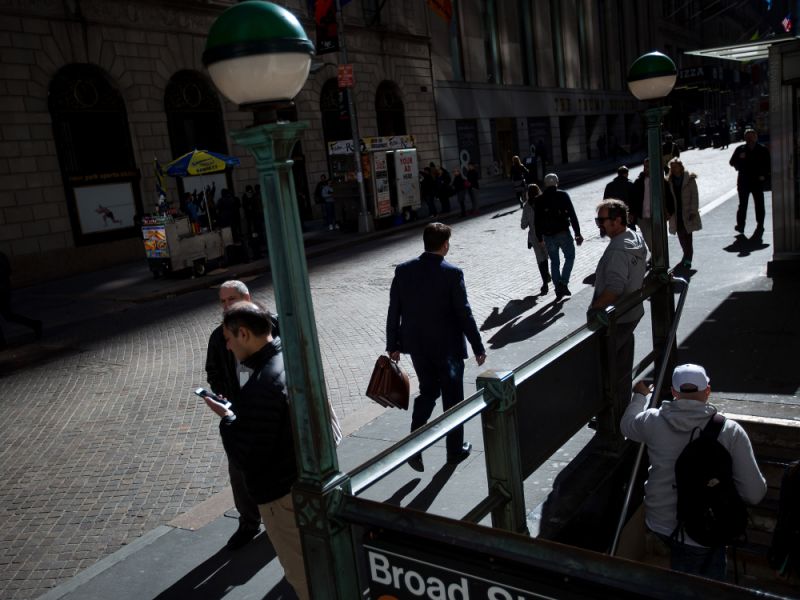 Investors Pulled $29 Billion in October, Most in Three Years From Funds

Investors pulled more money out of stock and bond funds in October than in any month in more than three years.

Mutual and exchange-traded funds had net redemptions of $29.1 billion last month, the biggest outflows since August 2015, according to a report Tuesday by Morningstar. The data exclude money-market funds.

Morgan Stanley: The Worst is yet to come

Investors looking for solace amid the wave of market sell-offs may argue that the S&P 500 has fallen only 9% from its all-time highs in September, hardly a devastating decline. But that statistic conceals the fact that we are already in a deep bear market and more downside is still to come, according to Morgan Stanley’s latest Weekly Warm Up report.

“Not only does the price action this year suggest we are in the midst of a bear market—more than 40% of the stocks in the S&P 500 are down at least 20% — but it also trades like a bear market,” wrote the bank’s analysts. Even companies with good news to report have seen their stocks sell off, a good indicator that the market is in bear territory. Overall, says Morgan Stanley, “The technical damage is irrefutable.”

Why Stocks may Fall Further

As stocks have declined, their valuations have also come down from previously lofty levels. Forward 12-month price-to-earnings ratios (P/E ratios) for the S&P 500 fell as much as 18% from their peak last December to their low at the end of October, which represents about 90% of the valuation damage from the current bear market, according to Morgan Stanley. The rest of the damage will come from declines in stocks with still relatively high price multiples.

But while price-multiple valuations may be close to bottoming, that doesn’t mean stock prices are. Earnings estimates are expected to decline and stocks are likely to follow, possibly falling precipitously in 2019. “Obviously the bigger the cuts, the bigger the risk at both the index and stock level,” says Morgan Stanley. Since the beginning of October alone, consensus estimates for 2019 earnings per share (EPS) growth are being revised downwards, with the 2019 EPS-growth estimates for the S&P 500 down 1.2%. Among the sectors that have seen the biggest declines in consensus 2019 EPS-growth estimates are Communication Services at -4.2%, Materials at -3.3%, and Consumer Discretionary at -2.3%.

Another highly bearish signal, according to the Morgan Stanley analysts, is that prices for the S&P 500, Nasdaq and Russell 2000 “have definitively broken the 200-day moving average which is now a downtrend.” When that trend-line is broken, it typically takes some time before turning up again, meaning investors need to remain patient and consider selling the rallies instead of buying the dips.

Buying stocks on the dips has failed to deliver in 2018. “A buy-the-dip strategy has not worked this year, the first time since 2002,” says Morgan Stanley. Buying on the dip worked well during the 2008-09 crisis because the Federal Reserve was pumping major stimulus into the financial system in order to keep it alive. But buy on the dip has failed this year because the Fed and other major global central banks have been in more hawkish moods, reversing, or at the very least, tapering that stimulus.

See also  Scott Pape: Kids are finishing school but ‘know nothing about money’

Professionals at investment bank JPMorgan say the next global economic crisis will start in 2020.

Experts say the recession due to occur in two years will be less impactful than the 2008 crash, which sent the globe into recession and has been named the worst recession ever.

The bank says U.S. shares could plummet by 20 percent, far less than the 54 percent drop in the S&P 500 index ten years ago after the collapse of Lehman Brothers 10 years ago last week.

Significant drops would be seen in energy costs, the price of base metals and shares in developing markets, such as China, Russia, Brazil, and India.

JPMorgan administrators Federico Manicardi and John Normand described this situation as “probably unalarming” compared to the average of former disasters.

Their examination is based on a model that considers the length of the economic expansion, the likely duration of the ensuing recession, the level of support, asset-price estimates and the degree of deregulation and financial reform ahead of the crash.

Another JPMorgan analyst, Marko Kolanovic, predicts that the next economic crisis could be started by “flash crashes” – unexpected stock sell-offs by computerized trading systems.

“Basically, right now, you have large groups of investors who are purely mechanical,” Kolanovic said. “They sell on certain signals and not necessarily on fundamental developments. Meaning if the market goes down two percent, then they need to sell.”

This “great liquidity crisis”, as described by Kolanovic, would need central banks to avert a spiral into a financial depression.

“The next crisis is also likely to result in social tensions similar to those witnessed 50 years ago in 1968,” added Kolanovic.

The newest recession prediction comes as Mark Carney, the governor of the Bank of England, advised that a no-deal Brexit might lead to an economic crisis as damaging as the 2008 crash. Great Britain is set to withdraw from the European Union in March of 2019.