Source inside @MandalayBay tells me @DHSgov is now "in full force" at the hotel.

Is DHS there for the cover-up?
RELATED:
He dumped most of his MGM stock ($13.7 million worth) in the months leading up to the shooting!
finance.yahoo.com/screener/insider/MURREN%20JAMES
Also, on September 12, someone was placing much larger than normal bets that the MGM stock would go down! MGM Resorts International (NYSE:MGM) was the target of unusually large options trading activity. Investors purchased 11,909 put options on the company. This is an increase of approximately 164% compared to the typical daily volume of 4,509 put options.
SECRET SOCIETY?
MGM Resorts (Mandalay Bay, Luxor, etc) seem to have their very own secret society called ENLIGHTENED SOCIETY FOR GLOBAL TRANSFORMATION. Here’s their trademark logo, originally registered by MANDALAY RESORT GROUP in 1995:
www.trademarkia.com/enlightened-society-for-global-transformation-74349850.html
Here’s a better image of the logo (pic from William Cooper’s video on Luxor, available on YouTube): 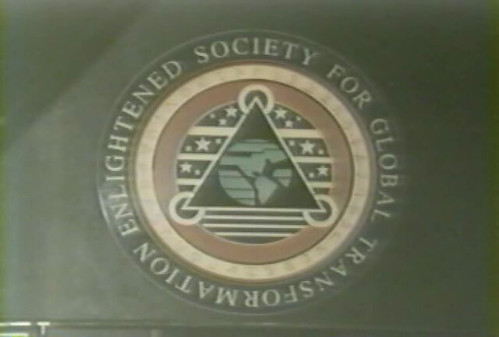 FLASHBACK:
MGM Resorts CEO Jim Murren announced on Monday that, despite being a lifelong Republican, he is backing Democrat Hillary Clinton for president.
lasvegassun.com/news/2016/aug/19/mgm-resorts-ceo-jim-murren-election-issues-trump/

In this internal memo from @MGMResortsIntl @MandalayBay, its CEO asked employees to donate to @CAIRNational, a terrorist org 2 months ago. pic.twitter.com/2sQWYnIS3J

EXCLUSIVE: In this internal memo I have obtained, Jim Murren, the CEO of MGM resorts which owns Mandalay Bay Resort and…