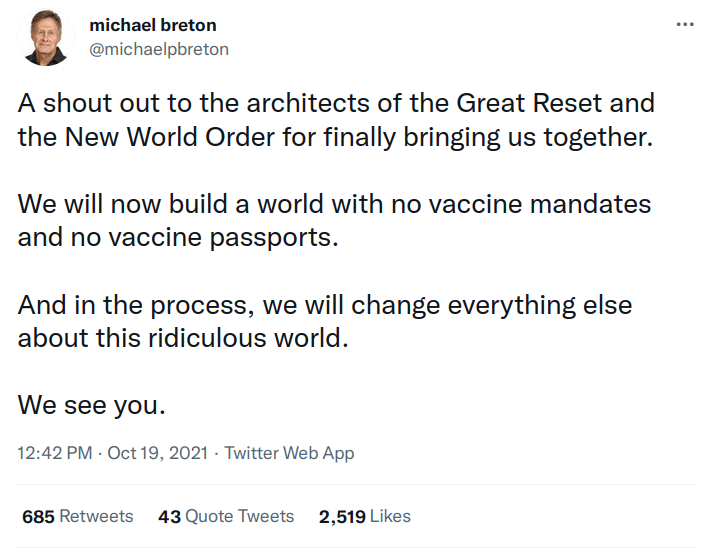 More and more people wake up every day thanks to the dedicated efforts of a dedicated group of truth seekers.

They’ll do everything they can to attack and undermine every action you take. Stay steady.

Charlie Rose: “What is the New World Order?” Henry Kissinger: “You start by converting the whole world to our political philosophy. (Collectivism)”

When the term New World Order became a political liability, it was replaced with ‘global governance’, now the ‘Great Reset’

and ofc, ‘eugenics’ to ‘population control’

See also  What A Choice: A Tyrannical World Government Or A Nuclear War
Trending:
See also  World Bank Chief is worried about a disorderly default process... the world's largest institutional landlord - is telling investors it has a massive liquidity problem... M2 declines
Views: 17