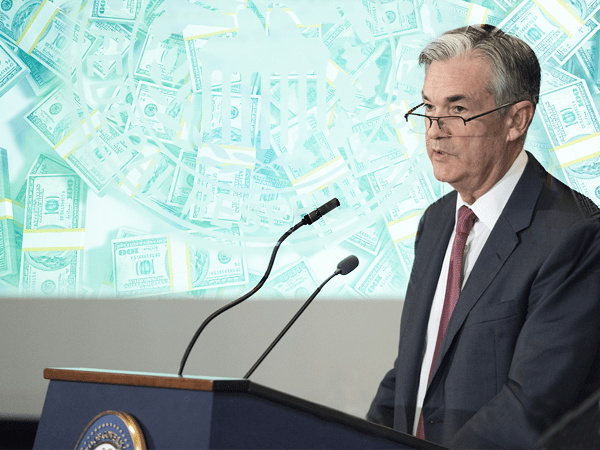 Round and round we go, where the hawkish Fed stops, nobody knows…

There was a bit of tension in the markets last week. This tension stemmed from a prediction that the federal funds rate would be well on its way to a decade high even if the Fed did nothing at their November meeting.

Well, that concern has been justified. In a statement issued after the meeting, the Fed kept their funds rate at 2 – 2.25%, the same range after their September meeting.

But nothing in their statement indicated changes in their plan for another rate hike in December and three more in 2019.

In fact, a CNBC article points to a quarter point increase in December. Assuming this happens, that would send the funds rate to its highest since 2008 (see chart below):

The primary credit rate remained steady at 2.75%, according to the Fed statement. That is, until December’s anticipated rate hike.

Another CNBC article published just before the meeting statement was released had a telling statement (emphasis ours):

In recent weeks, financial markets have been gripped by worry and volatility, and some analysts think that in its statement Thursday the Fed may take note of that anxiety as a potential risk to economic growth.

The “No comment” response by the Fed didn’t seem to acknowledge this anxiety.

READ  People Are Quitting Their Jobs at a Record Rate: What's Going On?

But the market sure seems to be in a state of worry. Since October 3rd, the Dow Jones has lost 1,566 points as this is written (even after modest recovery).

And the Yield Curve Keeps Flattening

In July, the Fed stopped highlighting the yield curve as an indicator of an imminent recession. Instead, they swept it under the rug.

But according to Patti Domm, the market is still paying attention to it:

The Federal Reserve’s rate-hiking policy has been driving a flatter curve. But there is concern in the market as it continues to narrow because a truly flat curve leads to inversion, meaning short end rates rise above long end rates. That phenomena has been a reliable signal for oncoming recessions.

And as you can see in the graph below, just before each recent recession (shaded areas), the yield curve dipped toward a “zero point” or lower:

So even if Fed fund rates were to miraculously stay put in 2019, the current yield curve keeps flattening toward that same “zero point.”

In fact, at the time this is being written, it sits at a mere 25.2 basis points (see chart).

The current yield curve is the flattest it has been since 2008. The second lowest was recorded in July of this year.

It sure seems like the Fed is in denial if it is ignoring a strong market signal like this.

Don’t Let the Fed Play Poker With Your Retirement

The recent Fed meeting statement uses “non-committal” language that doesn’t seem to put the market at ease, as evidenced by the “rough ride” since October 3rd.

There’s a good chance it’s going to get more bumpy from here on out with one more rate hike scheduled in December and three more on the way in 2019.

Since 2008 the Fed has bailed out big banks, dropped interest rates to near-zero, and injected billions of dollars of liquidity into the financial system.

But the decade-long Fed “poker game” is overdue for its last hand. So make sure your portfolio is as resilient as possible before the Fed plays a bad hand.