Better get ready and fast 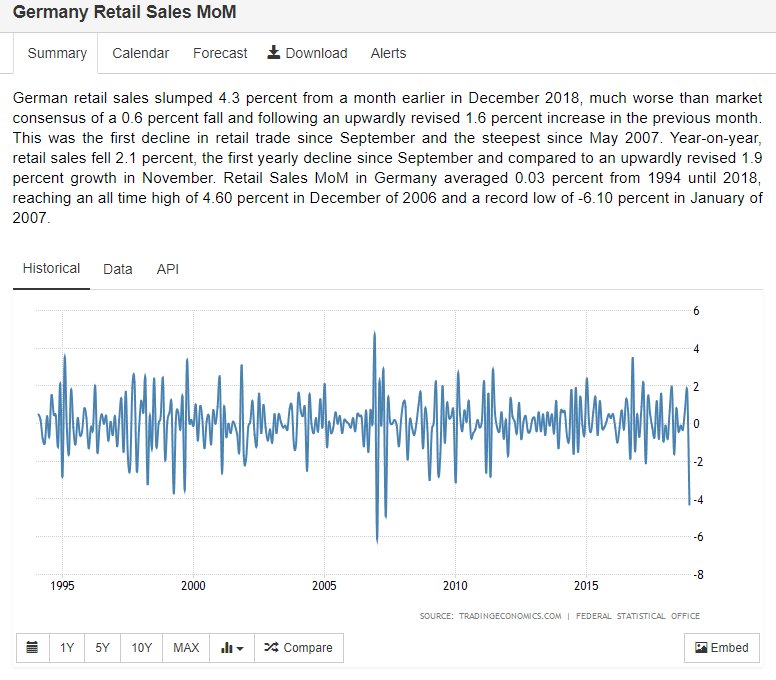 Trading With Hedge
&#8207;@tradewithedge
WOW!
Retail sales from Germany came at -4.3% MoM. Recession is coming and fast !!! last time we got close to this levels were in 2007!! and we still not officially in recession yet. Like I said many times, this crisis will be a lot worse than 2008!! FED knows this!