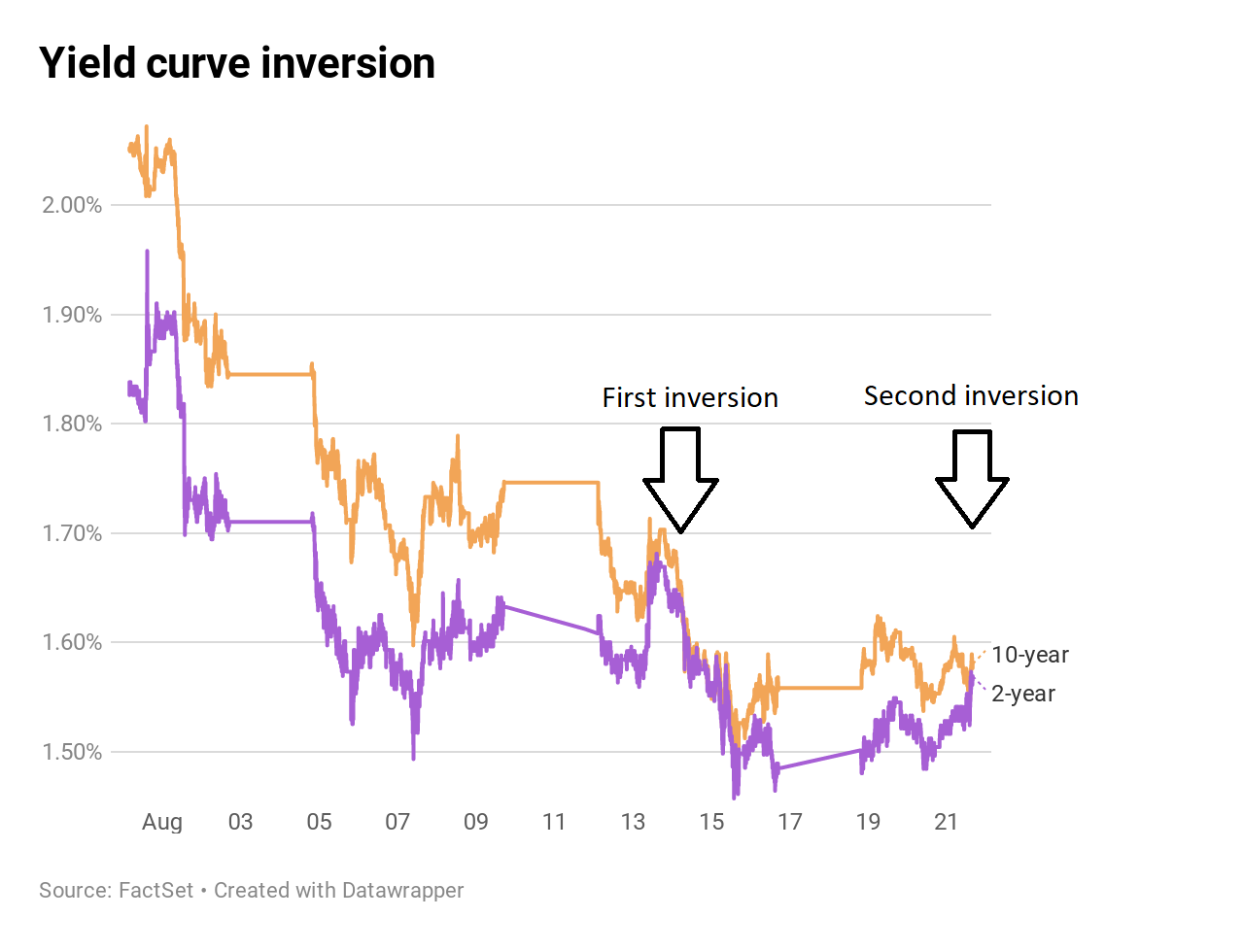 The spread between the yield on the 10-year Treasury note and that of the 2-year note on Wednesday turned negative for the second time in one week, a recession warning that flashed for the first time since 2005 on Aug. 14.

The inverted bond-market spread is seen by many veteran traders as an important recession omen, though the timing on the eventual downturn is less predictable. Shortly before 4 p.m. ET, the yield on the benchmark 10-year Treasury note was below the 2-year Treasury note yield by a hair. The spread then quickly widened again and was last seen at a positive 1.8 basis points with the 10-year yield at 1.587% and the 2-year rate at 1.569%. A basis point is 0.01 percent.

Fears of an economic slowdown appeared to resurface Wednesday afternoon, when the release of the Federal Reserve’s July meeting minutes reiterated officials’ belief that its July rate cut was just a “mid-cycle adjustment.”

Central bank officials who voted to lower interest rates late last month agreed that the move shouldn’t be interpreted as a predecessor to more rate cuts or a “pre-set course” for the overnight lending costs.

“In their discussion of the outlook for monetary policy beyond this meeting, participants generally favored an approach in which policy would be guided by incoming information and its implications for the economic outlook and that avoided any appearance of following a pre-set course,” the minutes stated.

The comments raised some fears that the Fed would not do enough to rescue the economy from a recession.