This is Global. System wide.

Risk has been mispriced for a decade.

Only just beginning to reset.

The System is in the midst of collapse. t.co/8ml1OsQHkV

Does anyone understand that if you net out govt #debt spending, our growth is negative for like 5 years?

Why are you #bullish? pic.twitter.com/QNozRtFaya

why is the global auto industry plummeting? pic.twitter.com/H46X0AmIgd

A long way down t.co/6q9rDtptZT

Energy, telecom, and utilities have the highest debt to EBITDA.

Ned Davis research writes ….note the red arrow at the top right. Readings above 70 have found us in recession 92.11% of the time (1970 to present). Several months ago, the model score stood at 61.3. It has just moved to 80.04. Expect a global recession. It either has begun or will begin shortly. Though no guarantee, as 7.89% of the time since 1970 when the global economic indicators that make up this model were above 70, a recession did not occur. 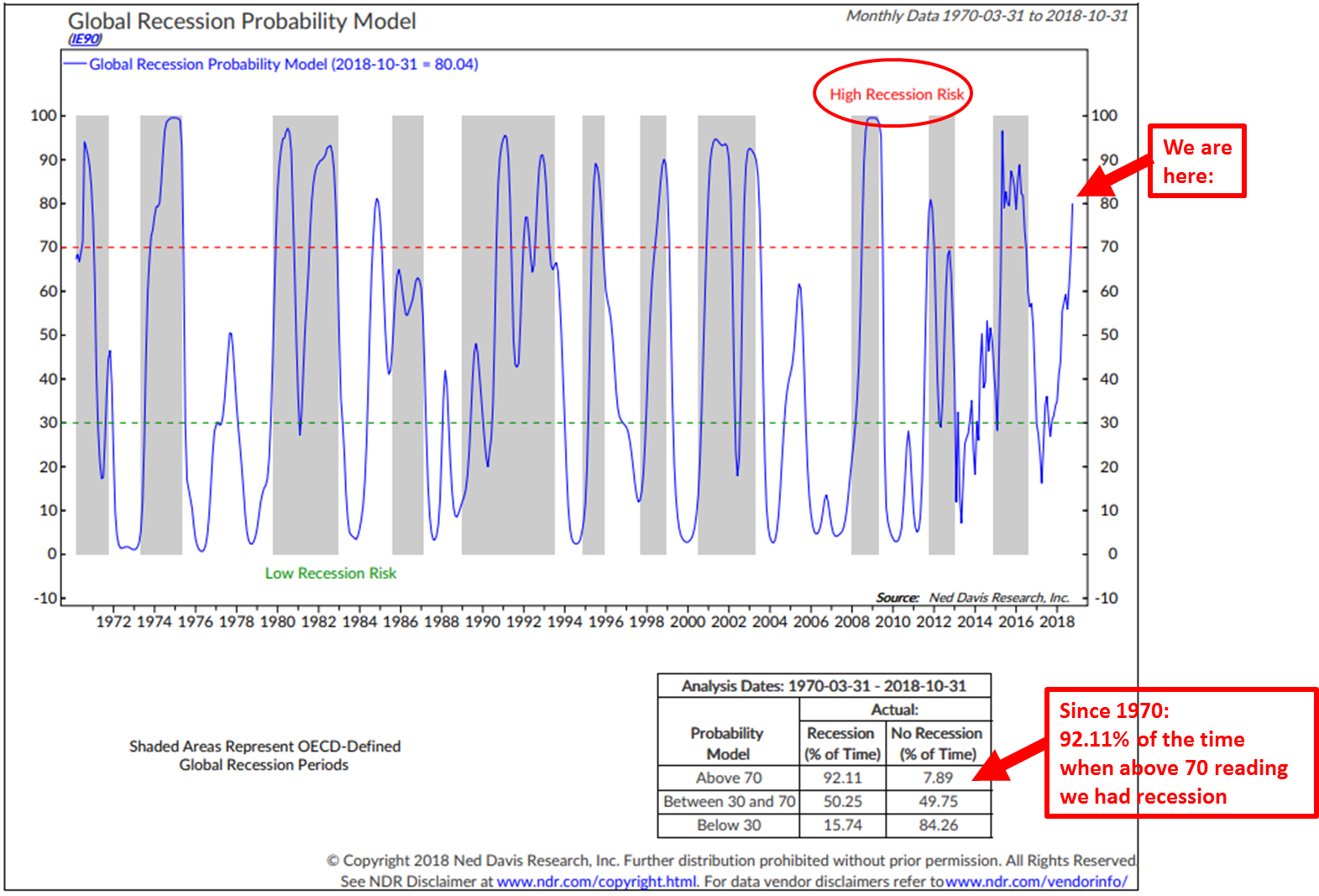 See also  The Democrats are destroying the rule of law in America. They're using the justice system to punish their political enemies. President Trump is their target today - but they're eventually coming for all conservatives.
See also  Ushering In The Great Reset In Chicago: Cook County Has Launched Its 'Free Money' UBI Program
Trending: Views: 6