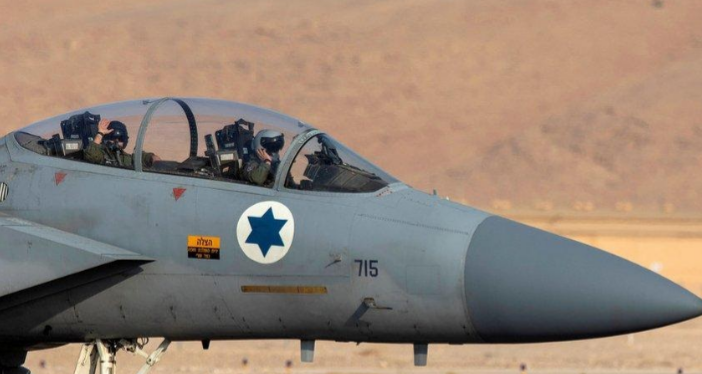 A few days ago, the IDF attacked “Iranian targets” inside Syria, and the latest round of airstrikes killed 14 Iranian operatives in rural Deir Ezzor, according to the Syrian Observatory for Human Rights.

Since the start of the so-called civil was in Syria (in reality a CIA/Mossad backed coup against the Assad regime), the Israelis have launched hundreds of strikes on Syria, against Iranian/Hezbollah forces, as well as government troops.

The thing is, with Donald Trump out of the picture, the jewish neocons who rule America’s foreign policy seem to have a free hand in starting new wars for Israel in the area. And last week, Russia threatened violence against IDF in a thinly veiled statement, if they continue bombing Syria.

Russia has threatened Israel with readiness to attack IDF fighters.

The special envoy of the President of Russia Alexander Lavrentyev made a report in which he emphasized the unwillingness of the Israeli side to fulfill the agreements reached between Israel and Russia to de-escalate the situation in Syria. Lavrentyev noted that Moscow’s patience has completely dried up, and if Israel does not give up aggressive actions against the Arab Republic in the near future, Russia will be ready to attack Israeli aircraft, obviously, not only over Syria, but also in the airspace over neighbouring countries, or in international airspace.

“Sooner or later, the cup of patience, including the Syrian government, may be overflowing, and a retaliatory strike will follow, which will accordingly lead to a new round of tension. These attacks must be stopped, they are counterproductive. We hope that the Israeli side will hear our concerns, including conce rns about the possible escalation of violence in Syria”

By threatening violence, Russia is sending a signal that Israel would do well to embrace the reality that while there may be no military solution to Syria, there could very well be military consequences for any Israeli miscalculation.

It’s pretty clear that the IDF is no match for Russia’s army, and a direct conflict between the two would be catastrophic. It’s also obvious that Russia was the force holding back both Iranian and Syrian forces for months, and if the situation escalates, they will get involved more actively.

The thing about Israel is that it’s a very small country with a tiny high-tech army paid for by the US taxpayer. This may end up as a proxy war between the US and Russia inside of Syria, courtesy of Israel, and most probably, a veritable quagmire for everybody.

Russia is involved in the Syrian conflict since 2015, and American backed terrorist groups including ISIS have been almost completely destroyed courtesy of Donald Trump’s foreign policy achievements, i.e. he literally cut funding for terrorist groups.

The decisive factor in a possible conflict by proxy in Syria between Russia and the US (courtesy of Israel, as always) is China.

And if China agrees to support Russia, which is very probable all things considered, what we may be dealing with soon is the seeds of World War 3.