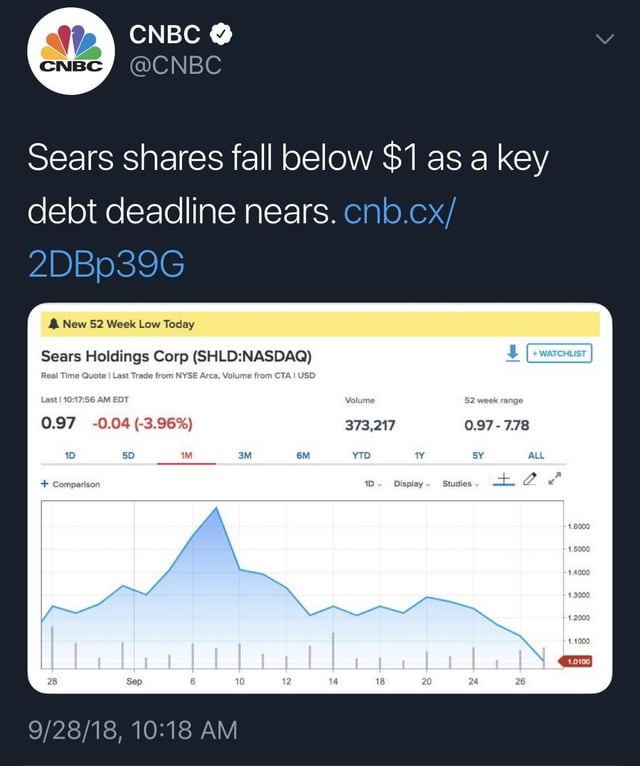 In the latest indignity for a once-grand retailer, the share price fell below $1 on Friday for the first time in the company’s history, dropping as much as 15% to 85 cents in midday trading.

Falling into loose-change territory is more than embarrassing. Nasdaq, the exchange where Sears stock trades, could delist the company. That’s a long process and would happen next year at the earliest.

Shares of Sears Holdings (SHLD) had already plunged 88% in the past year. They took another blow Monday, when CEO and primary shareholder Eddie Lampert warned the board that the company was running out of time and cash. He said Sears must restructure and cut its debt “without delay.”

Lampert pointed to a $134 million debt payment due on October 15, and said the company must demonstrate to lenders by Monday that it has required levels of cash in reserve, which could itself prove difficult.

Sears’ market value has fallen to less than $100 million. Lampert recently offered to buy the Kenmore appliance line through his hedge fund for $400 million, suggesting that the Kenmore brand on its own is worth more than four times as much as the whole company.