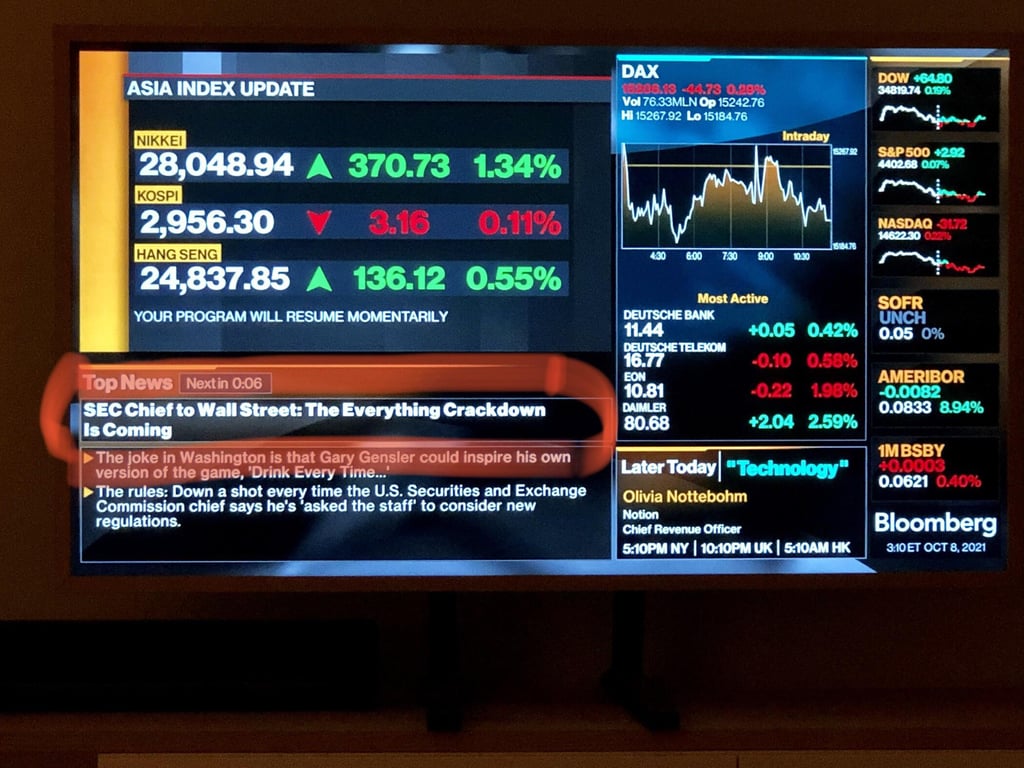 Here’s some of the bits that stood out to me.

He’s laying out one of the most ambitious agendas in the SEC’s 87-year history — some 49 proposals, many already drawing opposition from hedge funds, stock exchanges, online brokers and public companies.

Lawmakers’ other priorities include reining in special-purpose acquisition companies, or SPACs, responding to this year’s implosion of family office Archegos Capital Management and getting a handle on the unchecked growth of cryptocurrencies.

One area vexing Wall Street is Gensler’s pledge to overhaul the equity market’s plumbing in response to this year’s meme-stock mania. The wild trading has prompted several congressional hearings and put firms, including Robinhood Markets Inc. and Citadel Securities, on edge because new regulations could hurt their lucrative businesses.

Finding a solution to the social-media driven surges of GameStop Corp., MOVIE STOCK Entertainment Holdings Inc. and other meme stocks, for example, entails confronting several complicated issues. Tampering with any one could have unintended consequences for millions of investors.

Sounds like someone is nervous of a large payday for us poors.