The premise itself is a huge red flag. If they attempt this, expecting liberal 80 year old granny schoolteachers rushing to the  designated gun locker rooms during a massacre, it is simply bad news for those kids.

Realistically, these schools will hire more private security or include a permanent police presence.

Most of these high-profile school shootings take place in small towns or suburbs where local police are not prepared or accustomed to violent crime. In major cities the kids engage in gang violence outside of school rather than within.

However, those schools are filled with heavy security that constantly respond to daily violence. Private security in America will resemble South Africa and Mexico very soon, an excellent opportunity for those who want to run a pmc or security company.

The U.S. will basically resemble a prison state in every conceivable way with the same ethno-makeup of prison demographics.

These kids already eat prison innovated cuisine which is why hot-chips took off. All the schools are already designed similar to prisons. The security guards or police in school are basically just prison guards.

Americans will even live in prison cells, the housing market will possibly crash again and BlackRock will knock down all the boomer homes to replace them with gang-infested apartments.

I don’t think an ideal system could handle school shooters directly either though.

These mass shootings are a symptom of diversity + modern world depression.

So the way to avoid this would be to have the complete opposite trends that we have now.

Improved genetic fitness, functioning white societies, no more prison state and alternative to public schooling which is poisoning the youth and ruining America.

See also  German MSM: A bigger energy crisis than in the 70s ahead and you should have this much cash for emergency 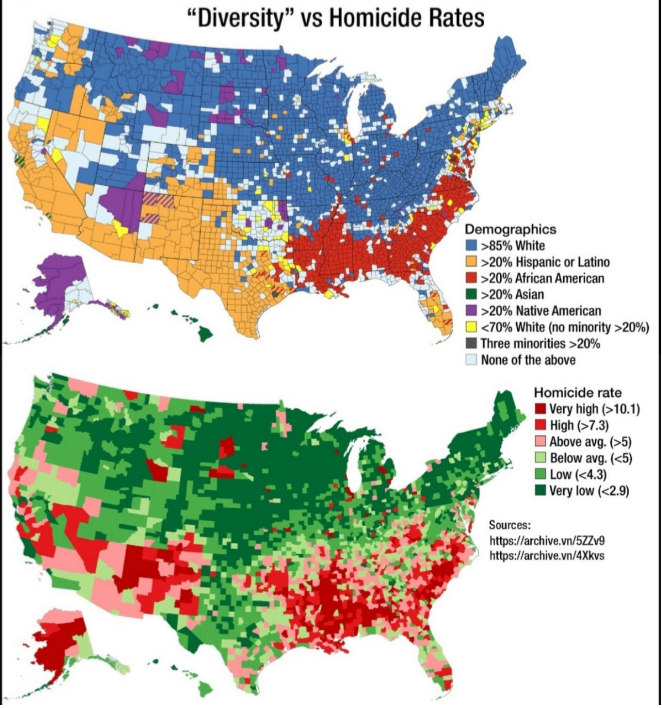 The more ‘diverse’, the greater the levels of homicide.